Week Rewind 24, you will get all the quick rewinds of last week, including hot topics and new innovation. Last week from 15th March 2021 to 21st March 2021, was a good week in terms of new innovations in gadgets. We had listed it as follow: 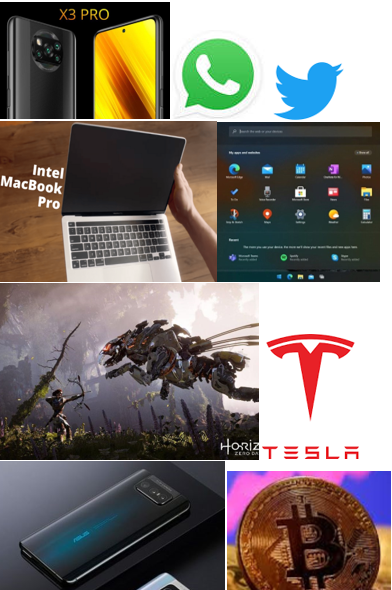 Let's talk about POCO X3 Pro's expected specifications and features. We can take a look at the entire specs and features of the POCO X3 Pro that has already listed on Vietnam's "Shopee Mall".  Detailed Read here

3. WhatsApp will soon work without your phone

As per the WABetaInfo website,  you can link up to four desktop devices if you participate in the beta program.  The screenshots shared by the tipster hinted that many features of WhatsApp Web like Delete for Everyone might not work for users once they join the WhatsApp Web Beta program.  Detailed Read here

Intel launched a new ad campaign starring Justin Long, Apple's "I'm a Mac" actor. In this campaign, the actor is singing the praises of PC laptops and comparing them with MacBooks. To be true, Intel actually made the MacBook Pro in its commercial look even better than the original version by Apple. Detailed Read here

Users have grown to love Android for the plethora of features and customization options, but sometimes it can all get a bit confusing.  Detailed Read here

Instagram has recently updated its policies to prevent adult users from interacting with young users. Furthermore, it has added several prompts to notify young users about the questionable actions of adult users on the platform.  Detailed Read here

7. Windows 10X launch delayed: Microsoft to start shipping in the second half of 2021

The Microsoft Windows 10X was supposed to launch in the first half of this year but unfortunately, that is not going to happen. According to a Windows Central report, Microsoft will start shipping the Windows 10X in the second half of the year.  Detailed Read here

There are several features like the adaptive trigger technology that is derived from the PS5 DualSense controller. Hideaki Nishino, senior vice-president and head of platform planning and management at PlayStation says that these features match their "vision for what next-generation VR games can be."  Detailed Read here

9. Sony is giving away Horizon Zero Dawn and several other great Indie games for free

Sony promises more surprises with the event concluding in June and makes sure to grab your free copy of Ratchet and Clank before March 31st at 8 PM PT / 11 PM ET.  Detailed Read here

“There’s a serious imbalance in supply and demand of chips in the IT sector globally,” said Koh. “Despite the difficult environment, our business leaders are meeting partners overseas to solve these problems. It’s hard to say the shortage issue has been solved 100%. Detailed Read here 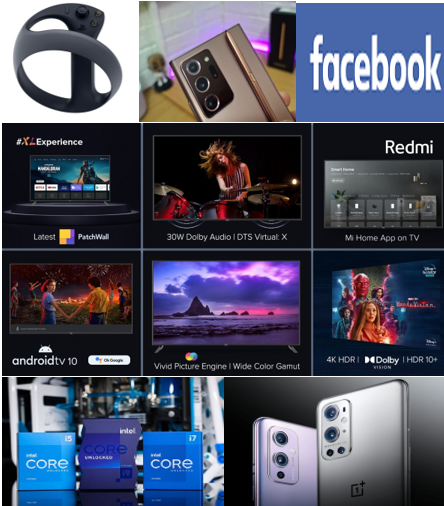 The X-series has Google Chromecast built-in and is the first from the company to have the Mi Home app for IoT products supported on the TVs. The I/O consists of three HDMI 2.1 ports with one supporting eARC, one USB, an optical audio jack, one Ethernet port, and a headphone jack.  Detailed Read here

As of now, Asus is yet to announce anything officially on this front. Hence,  this information should be taken with a pinch of salt.  Detailed Read here

Core i9-11900K processor now will have eight cores and 16 threads with are lower in number but still, Intel claims it will give 14 percent better performance compares to the previous 10th generation processor. The CPU has a base clock up to 3.5 GHz, and a turbo clock of 4.7 GHz, and a maximum single-core boost clock of 5.2 GHz.  Detailed Read here

14. Elon Musk is now the "Technoking" of Tesla

The tech tycoon officially filed the change of titles with the US Securities and Exchange Commission (SEC) on Monday. Neither Musk nor Kirkhorn has provided any explanation regarding this eccentric change of titles.  Detailed Read here

The senior official told Reuters, however, that the plan is to ban private crypto-assets while promoting blockchain - a secure database technology that is the backbone for virtual currencies but also a system that experts say could revolutionize international transactions.  Detailed Read here

However, it is still unknown whether this will be applicable only in China or globally and the Chinese giant is yet to make a statement on this matter.   Detailed Read here

In the coming weeks, the company said it will roll out a new content type in Google Maps: photo updates which is an easy way to find and share experiences and highlights with recent photos.  Detailed Read here