Following several leaks and rumors, the OnePlus 9 series was announced last week and is expected to be unveiled on March 23, 2021. Now, the company's CEO Pete Lau announces a two-year warranty service for OnePlus 9 devices rather than the standard one-year term.

Lau made the announcement yesterday morning on Weibo. He said that his decision "may offend the industry" owing to the fact that it is standard in the industry for smartphone makers to offer a warranty service up to a period of 1-year. 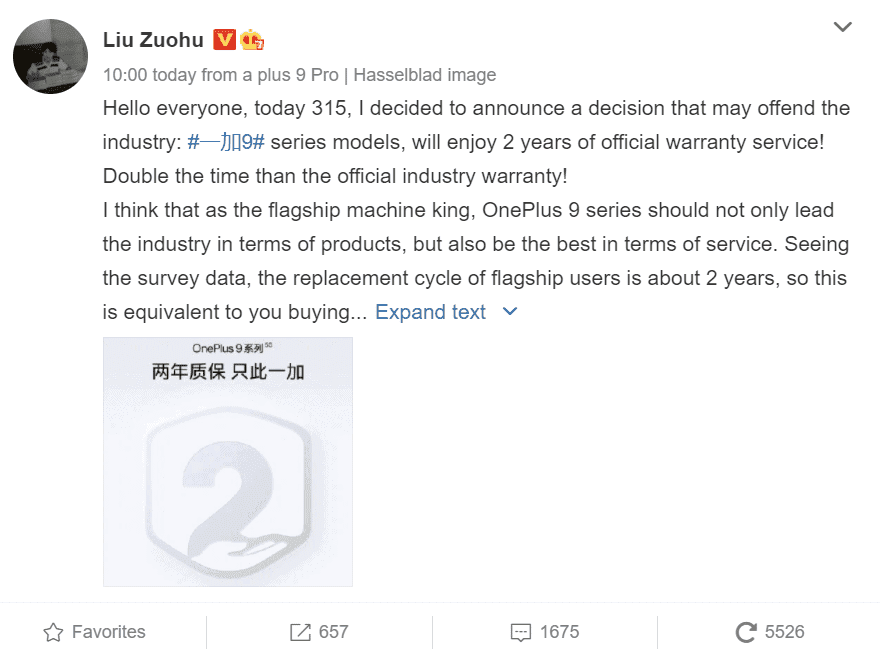 "I thik that as a flagship machine king, OnePlus 9 series should not only lead the industry in terms of products but also be the best in terms of service.", Lau said. He also stated that many surveys have revealed the replacement cycle of flagship devices is about two years. As a result, he wants the users to enjoy an official warranty service for the entire life cycle of their devices.

However, it is still unknown whether this will be applicable only in China or globally and the Chinese giant is yet to make a statement on this matter

Apple fills a patent where future Siri could whisper, Angry or shout soon

More than 40% Indian suffered from cyber-attacks