Redmi India had announced the launch of its smart TV lineup earlier this month and they have returned to keep the promise. The X series was officially launched today in India at 12 pm IST.

The smart TV will be available in three variants- X50, X55, and X65 where the numbers signify the screen size in each case. All three models feature 4K resolution LED panels with HDR10+, 12-bit Dolby Vision, and support for 92% of the DCI-P3 color spectrum.

The Redmi Smart TV X Series is powered by Android TV 10 along with Xiaomi's PatchWall UI. Xiaomi is offering its Vivid Picture profiling and Reality Flow MEMC image smoothing and a refresh rate of 60Hz. All three models will sport two 15W speakers tuned with DTS Virtual X and Dolby Audio as well as Dolby Atmos if you connect a supported soundbar. 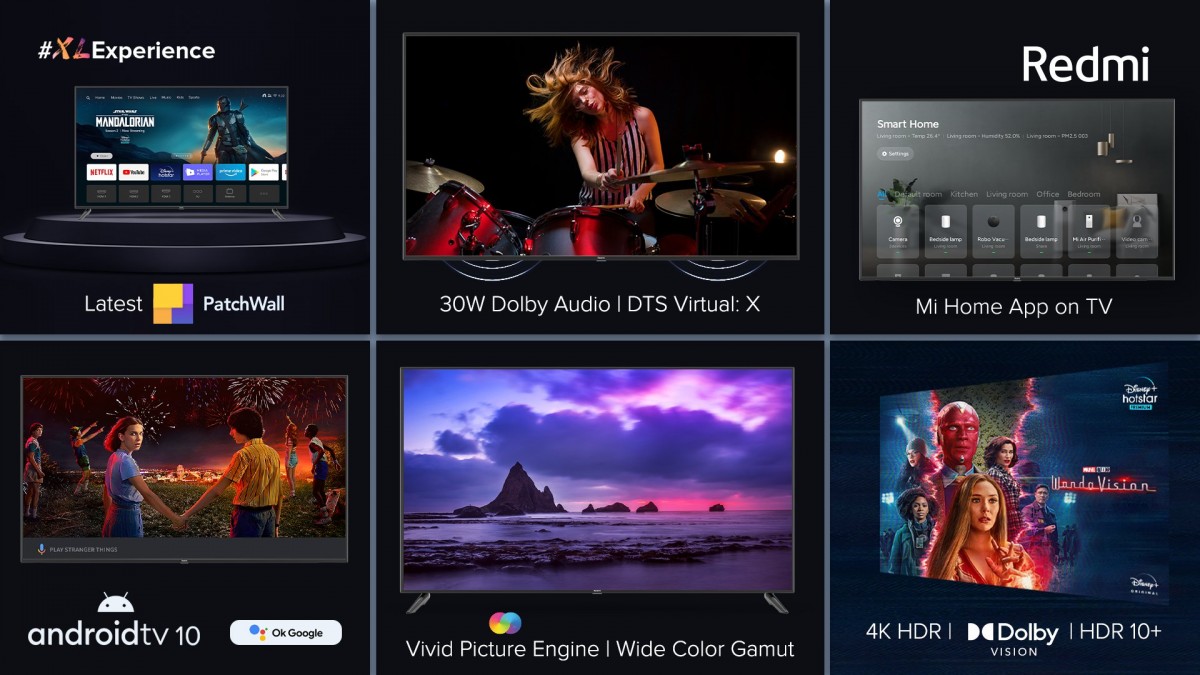 The Redmi X-series TVs will be powered by MediaTek’s MT9611 quad-core chipset alongside 2GB RAM and 16GB storage. They will also feature dual-band Wi-Fi, Bluetooth 5.0 connectivity, and support for auto low-latency mode (ALLM) for better performance with gaming.

The X-series has Google Chromecast built-in and is the first from the company to have the Mi Home app for IoT products supported on the TVs. The I/O consists of three HDMI 2.1 ports with one supporting eARC, one USB, an optical audio jack, one Ethernet port, and a headphone jack.