Fuchsia is an open-source capability-based operating system currently being developed by Google. From there, Googlers will selectively pull code changes from the “master” branch and add branch-specific changes to make that particular release more stable ahead of launch. You can see thousands of examples of this branching process in the Chromium source, dating back to 2014. Instead, these first few releases of Fuchsia will almost certainly be intended exclusively for interested developers and made available to run in the specialized “Fuchsia Emulator.”

Google-developed operating systems such as Chrome OS and Android, which are based on the Linux kernel, Fuchsia is based on a new kernel called Zircon. Periodically, a particular day’s build of Chromium will be selected as the branching-off point for a future release. These future releases are usually referred to as “milestones,” and are often shortened, such as Chrome 90 being referred to as “M90.” The name means "Pink + Purple = Fuchsia (a new Operating System)", which is a reference to Pink (Apple's first effort at an object-oriented, microkernel-based operating system) and Purple.

From all of this, we can say with relative confidence that Google’s Fuchsia OS is approaching its first proper release in a tangible way, with a potentially regular schedule of milestone releases after that. But what actually goes into Google preparing a new version of something for release. Let’s use Chromium - and therefore Chrome and Chrome OS - as an example.

Despite not running on Linux, Google has recently unveiled a proposal for how Fuchsia could still run apps written for Linux platforms, including Android apps while maintaining security and safety. Between this capability and the wide variety of devices that Fuchsia has been tested on, some believe Fuchsia has the potential to be a unifying OS from Google that can run on almost anything, including phones, laptops, and internet-of-things devices. 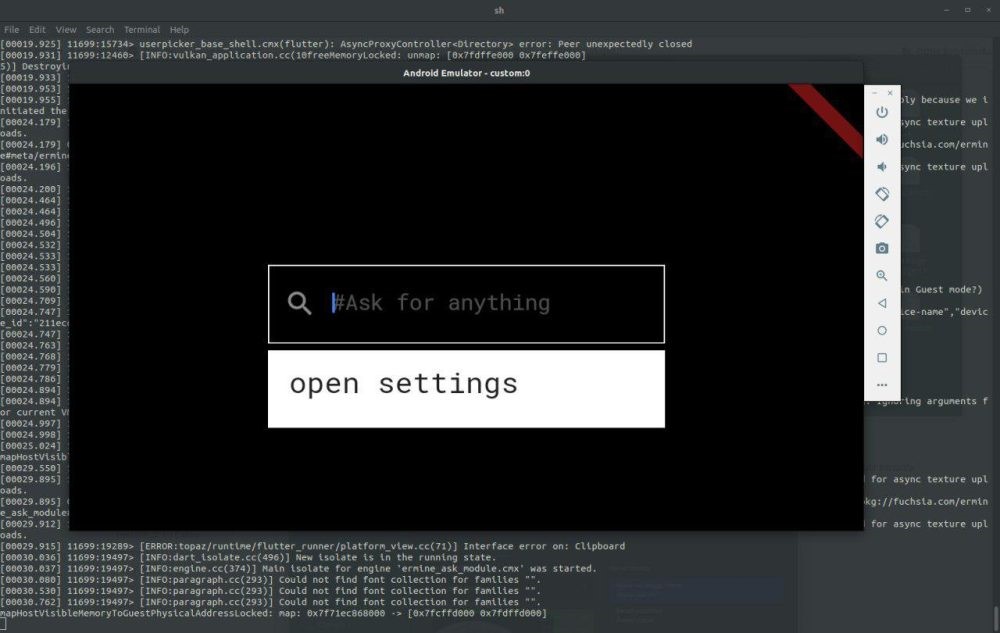 As for what developers may use to make apps for these first releases of Fuchsia, beyond the capability to make “bare metal” apps in languages like C++ and Rust, it seems that Google’s Flutter team is also making special preparations for the Fuchsia F1 release with a dedicated branch in their engine code.

We’re still a few years away, but everything seems to be pointing towards Fuchsia becoming the company-wide operating system for virtually all of Google’s user-facing products – and it seems designed and set up in a way that regular users won’t even know they’ve made the transition from e.g. Android-on-Android-proper to Android-on-Fuchsia.

1. Which command is used to Build Fuchsia?

The "fx" command is used to build Fuchsia.

2. In which programming language fuchsia is written?

3. How to start an emulator in fuchsia?

To start Fuchsia in an emulator, you need to have an Android emulator, preconfigured Vulkan drivers for GPU, git, and Fuchsia source tree. Then, you have to build the files using the following commands,

4. Will Fuchsia replacement for Android or Google Wear OS?