Apple patent a foldable smartphone with a triple fold design

Apple has been granted a new patent by the US Patent and Trademark Office (USPTO) for devices with foldable displays. The patent describes a foldable display design that can be used in varying form factors, and may even be implemented in multiple sizes. Previous reports indicated that Apple is not planning to jump onto the foldable smartphone bandwagon at least until 2020. Now, a patent filing suggests that the company might have a different approach to the segment. 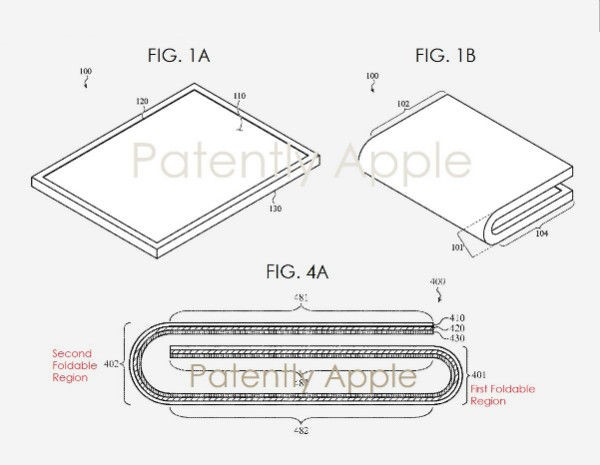 The pictures added to the original patent filing show every possible way a foldable display could be mounted on a device and then made to work mechanically. Some of the designs are pretty much straightforward: take two display parts and connect them together using a hinge. But it’s clear Apple isn’t planning to let Samsung, Huawei, and Motorola corner foldable devices. When the Cupertino-based company does eventually enter the foldable market, it may well have found a solution to an on-going problem with flexible display hinges if these patents are anything to go by. Such a device would be a huge departure from its traditional design principles for Apple, which isn’t exactly known for suddenly embracing new form factors when it comes to its smartphones. As I say, these patents may never become a reality or some aspects of them may make it into future devices. 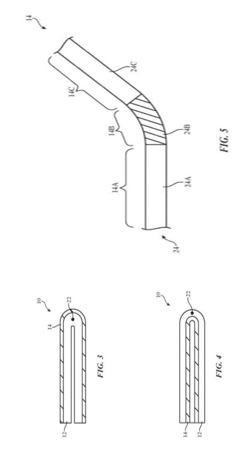 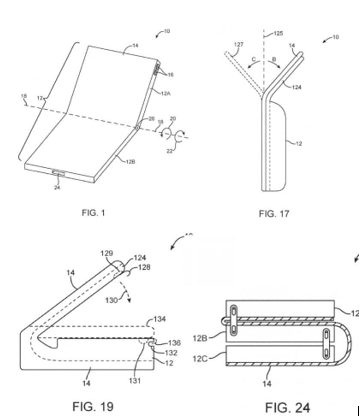 It is important to consider the implications of this patent. The flexible region, as mentioned in the patent, sounds similar to the flexible metal area in Microsoft’s first-generation Surface Book. Given that Apple also has people from the optics division working on such patents, it is possible that the company may eventually look at a future where a foldable device may combine a tablet and a laptop into one, instead of having a smartphone-tablet switchable form factor. However, as with every patent, this is no guarantee that Apple will eventually make such a device, although it does lend perspective into how foldable devices may eventually increase in utility and scope.