The removal of the headphone jack with the release of the iPhone 7, Apple has been working to make its mobile devices completely portless and efficient. A few years ago during the presentation, Apple showcased a wireless charging pad which they never launched till now. However, Apple may have a more aspiring plan – the plan to make two-way wireless Qi charging cases with no Lightning Connector.

Now, a recent patent suggests that the company is working on two-coil wireless charging technology for an iPhone battery case that doesn’t use a Lightning connector. If you are using the official battery case for an iPhone, you may have noticed that it has a built-in Lightning connector to power the handset. Many times it becomes a problem in plugging it in during applying the cover and removing it. However, with wireless charging technology, this won’t be a problem anymore.

In May 2019, a patent was filed, “Wireless Power System“. In this patent, Apple states that they are working on a new and enhanced battery case that will come without a lightning connector. Instead, it will charge the phone as well as itself, wirelessly.

It goes on further to explain that the wireless charging case for the iPhone can use the built-in battery to charge up a connected device using the second coil in an open state. However, the case can also receive power for itself wirelessly in the open state. 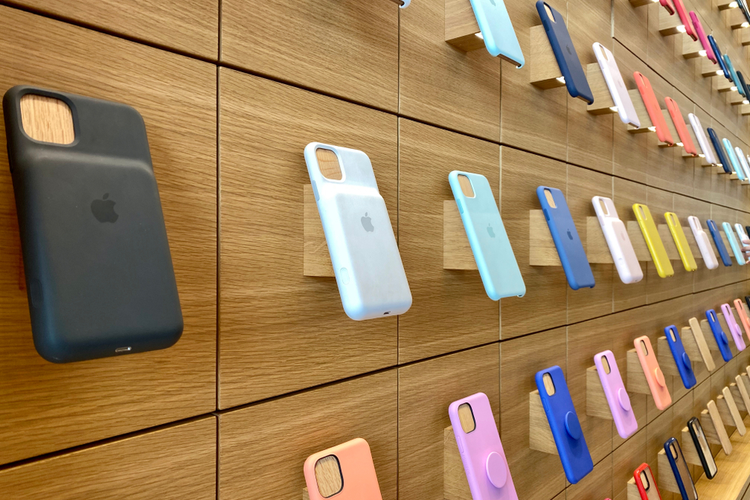 Recently, Ming-Chi Kuo, a reliable source related to the developments of Apple, had claimed that the company could ditch the Lightning port for a completely wireless iPhone by 2021.

Earlier the ‘European Union’, has voted to force smartphone companies to choose a single common smartphone charging standard, this could be the main cause behind this completely wireless charging solution for the upcoming iPhones. This means that Apple will be forced to drop the Lightning connector for USB type C, but it looks like instead of adopting USB-C, Apple has decided to go all port-less way with only wireless charging support.

We have seen Apple filing various patents like the patent for a “foldable iMac” or the patent for “Advanced Headlight” for a car. And most of the time these patents remain unapplied in their products.

So, now we have to wait and see if this one makes its way to the market or not.