ZOOM Critical Zero Day Exploit are being sold for $500,000

During the outbreak of COVID-19, online meeting platforms are in high demand especially "ZOOM". ZOOM is surely a great platform for online meetings but various exploits being discovered make it susceptible to use.

Recently, there are various issues such as uploading video meetings to YouTube and Vimeo takes place with many account details sold on the Dark web.

Now, a new report by Motherboard reveals that hackers are selling two critical Zoom zero-day exploits, these exploits let the hacker spy on your calls and take whatever they need. This exploit is being for Windows and macOS for $500,000 each.

According to sources, the actual code for these vulnerabilities haven’t been revealed to them, but they have been contacted by the broker directly for a sale to crack the deal.

Pricing for this vulnerability is just because of the spike in popularity of the platform. Due to the Corona outbreak, many reputed companies have moved to Zoom for conducting online conferences and meetings. This makes hackers to be attracted towards the sensitive data they can have by various exploits present in Zoom.

Windows Zero-day exploits id basically an RCE (Remote Code execution), by this one can have full access to your system and can do whatever they want. Whereas, in MacOs it's not an RCE, which makes it harder to use for attacking the system.

According to this tweet from ANI in which it is stated that Zoom App is not safe to use. 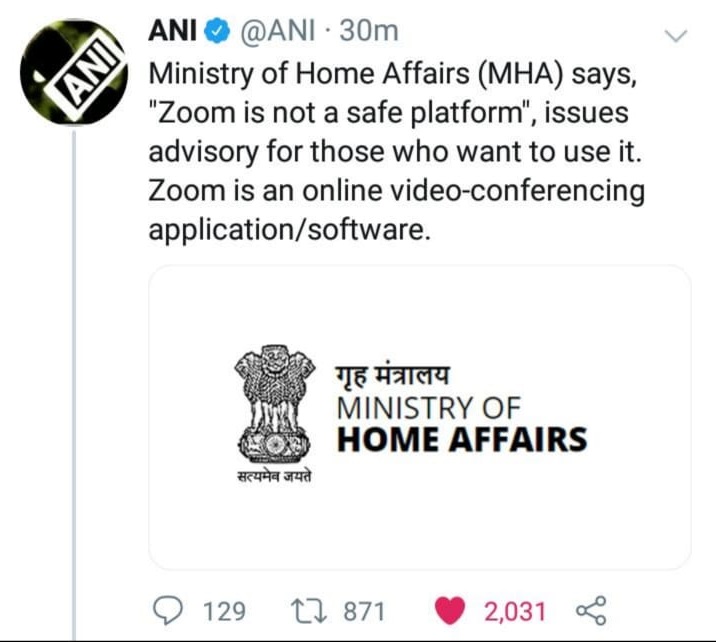 Even if we keep these exploits aside, there a number of reasons to not use Zoom. Even companies like Google have banned using Zoom for official communication, so it’s better to opt for Zoom alternatives until all such issues are resolved.