Xiaomi has an array of products ready to be launched tomorrow at the global event. Along with the Mi 11 smartphone series and the new Mi Mix smartphone, the Chinese giant is expected to unveil the Mi Smart Band 6.

Are you ready for the brand new #MiSmartBand6?

Abi Go, the product marketing head of Xiaomi posted a video on Twitter showing us the wearable's different colors and watch faces.

Judging by the company's official poster, the general design of the smart fitness band looks similar to the previous generation Mi Band 5. The screen looks wider and bigger and may feature slimmer bezels compared to the previous model. 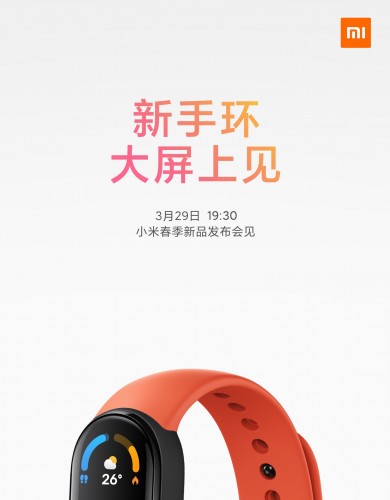 The Mi Smart Band 6 will be launched as the Mi Band 6 in China. It will likely come with an NFC chip onboard featuring an in-built GPS, SpO2 sensor, and 19 new exercise modes.

Moreover, the wearable will come with a Pomodoro Timer, and it will also let you control your smart home devices that use the Mi Home platform. These features may or may not be available on both the global and Chinese variants, but we can always wait to find out.