Mi band 5 launched in China yesterday which is exactly a year after it's predecessor. Mi Band 5 has come with some major upgrades and improvements in comparison of Mi Band 4. And it achieves that while retaining the $26 starting price in China for the non-NFC version and $30 if you need the NFC.

The first major upgrade that the Band 5 has is in its Amoled display. The upgraded display on the Mi Band 5 measures 1.2″ diagonally and stretches across a 20% bigger area than 0.95″ display on the previous generation. Like it's predecessors Mi Band 5 can still be customized with a large selection of official and third-party designs. 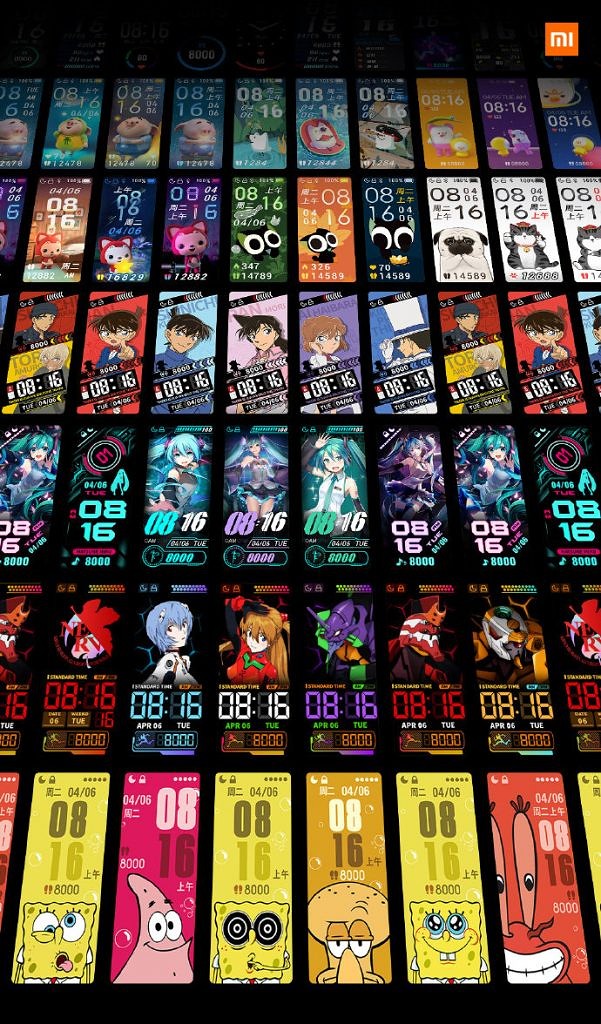 Users can also have animated watch faces for their menu including characters from popular animated series such as Neon Genesis Evangelion, Case Closed, Hatsune Miku, and SpongeBob SquarePants.

There is no change in the sensor set which still includes an accelerometer, heart rate monitor, barometer, and gyroscope. The rumors regarding SpO2 tracking which was getting a lot of hype has ended up as false. The software has been enhanced however and there are 11 "professional modes" now as Xiaomi calls them. They are fine-tuned and provide some detailed insight and precise tracking. For example, Mi Band 5 can recognize five of the main swimming styles automatically. The band itself can be submerged in up to 50 meters of water.

The second major design change in the Mi Band 5 is the new magnetically attaching charging dock. Two electrodes stick out of the bottom part of the Mi Band 5 to which the charging dock automatically hooks. The new magnetic charger eliminates the need for taking the tracker out of the strap or make sure it sits properly on the cradle which has been a massive problem in the older versions. Xiaomi guarantees 14 days of battery life for Band 5 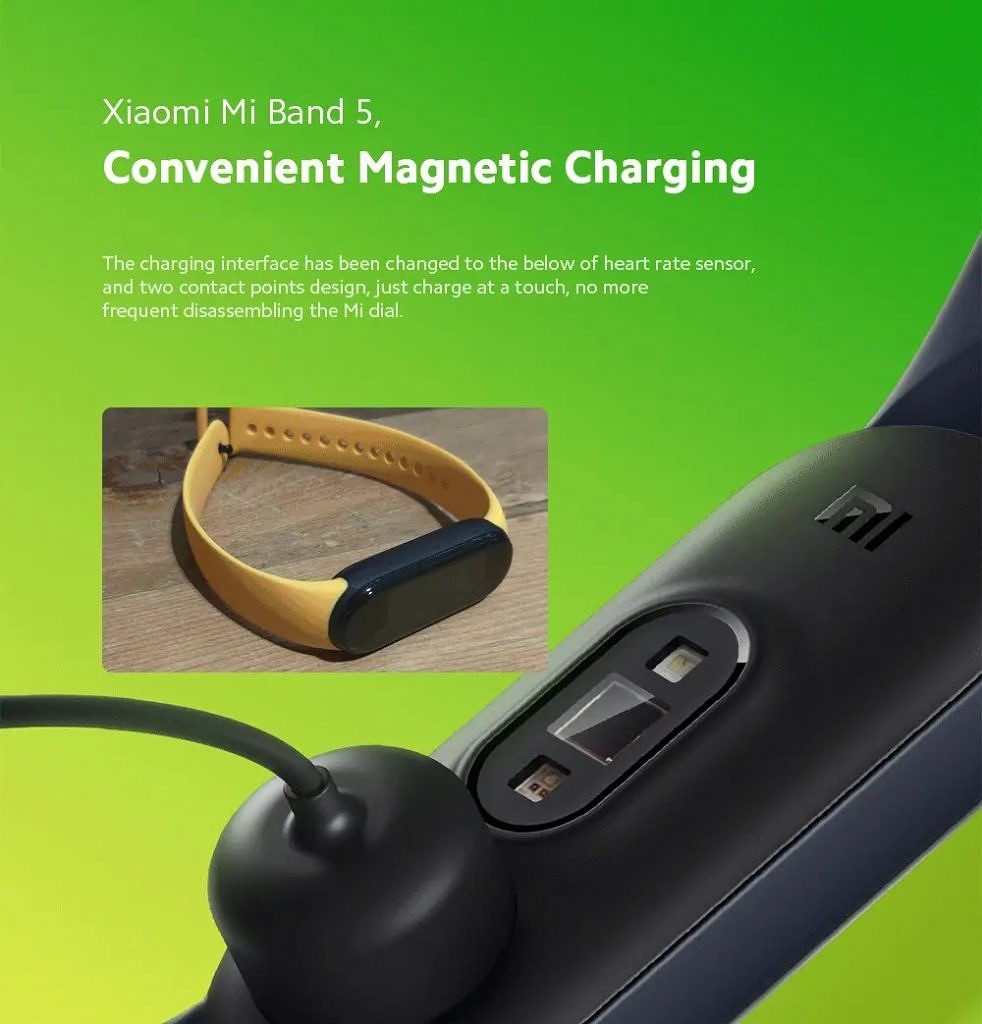 Xiaomi is also launching some new dual-toned straps along with the band which creates the illusion that the strap is directly connected to the either ends of the tracker. The Mi Band 5 also gets an improved processor for faster and more accurate tracking. The fitness band will also offer a PAI (Personal Activity Intelligence) score to help you contextualize how physical activities contribute to your fitness. For more efficient sleep tracking, the Mi Band 5 will now also report REM sleep beside deep and light sleep.

Further, the tracker can also be used as a remote shutter button for taking images on the phone from a distance.