WhatsApp users have dreamed of real multi-device support since the launch of the messenger in 2009. Synchronization between devices with the simultaneous work of WhatsApp is simply not provided. Currently, WhatsApp only allows one device to connect to an account. Even the desktop version of WhatsApp can only work in conjunction with a running application on a smartphone, “mirroring” it.

The company is going to offer the in-app shopping service via Facebook Shop which debuted in May this year. And WhatsApp Chief Operating Officer, Matt Idema confirmed the app service will roll out this year itself. While the message hosting service will be available from 2021 onward.

Research from Facebook has shown if consumers can message a business to get help, they’re more likely to make a purchase. The global pandemic has also made it clear that businesses need fast and efficient ways to service their customers and make sales.

WhatsApp Chief Operating Officer (COO,) Matt Idema, said in an interview that the new shopping tool will launch this year. As for the message hosting service, it will be officially available for use sometime next year.

But the bigger worry with the new moves from WhatsApp is related to its core ecosystem. Facebook is going to offer hosting services, which will help its clients to use messaging service to connect with customers. But that data will also get a space in Facebook’s server. Now, these are big red flags for anyone who’s used WhatsApp for its encryption. The origin of the app relied on its security parameters. But these new developments raise serious questions about its effectiveness. And Zuckerberg will surely have to give answers to that sooner rather than later. 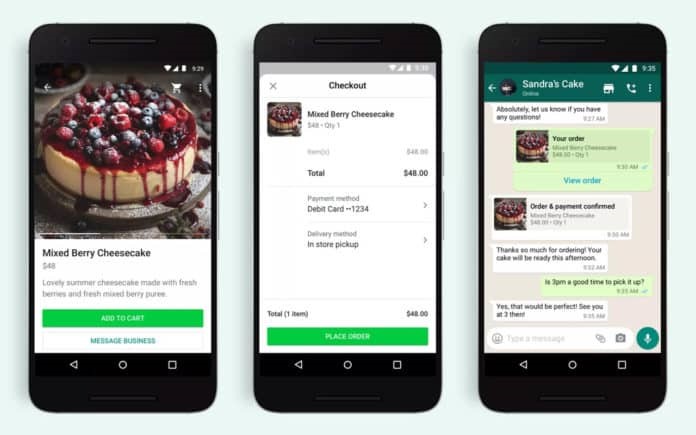 This means that merchants will be able to sell products on WhatsApp through Facebook Shops. Facebook Store is an online store launched in May of this year to provide a unified shopping experience across Facebook applications. The messaging app was bought for over $19 billion back in 2014. And currently, it caters to over a billion users globally. So, it’s was imminent that Facebook will look to use its data pool and make WhatsApp a cash-cow that it has envisaged while buying it.