There’s no official list of bugs, but users have complained about various issues after installing the update. There seem to be battery troubles with increased drain and slow charging.

OnePlus Nord users in India started receiving Android 11-based OxygenOS 11 updates at the beginning of March and it brought some system improvements, ambient display tweaks, improved dark mode, and improvements to the shelf and gallery. The phone also got a new UI and optimizations to third-party app stability.

The OnePlus Community Consultant confirmed the Android 11 update pause for the OnePlus Nord on the OnePlus Community Forum. The update has been temporarily paused to ensure a smooth user experience, due to some bugs that have been detected. OnePlus said it is currently working on the fix and investigating the issue. It will roll out the update once again when the bug fixes are resolved. 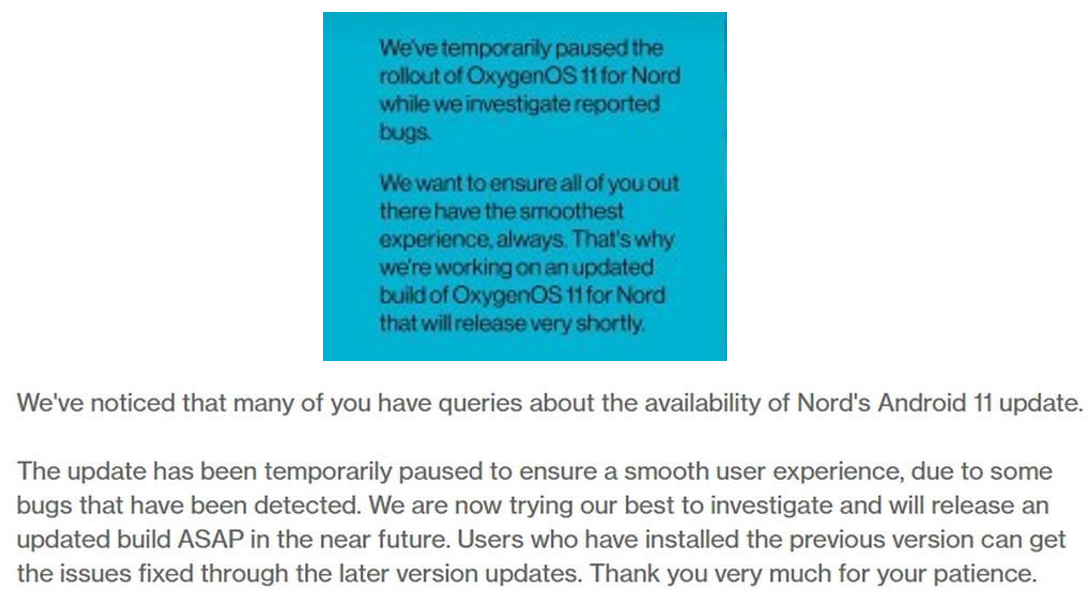 Other reports point to GPS issues, as well as problems with features like Parallel Apps and the App Locker. You can check this thread on the OnePlus forum for more information, any new developments should appear as stickied posts.

OnePlus is currently investigating the issues and the company plans to roll out another OxygenOS 11 update for the device with fixes in the near future. In case you haven’t updated your OnePlus Nord to the latest release, we’d recommend holding off until OnePlus confirms that it has addressed all issues.

Apple fills a patent where future Siri could whisper, Angry or shout soon

More than 40% Indian suffered from cyber-attacks