Manu Kumar Jain, Xiaomi's Global Vice-President, has been asked by the Enforcement Directorate to appear before the financial investigative agency on Wednesday. 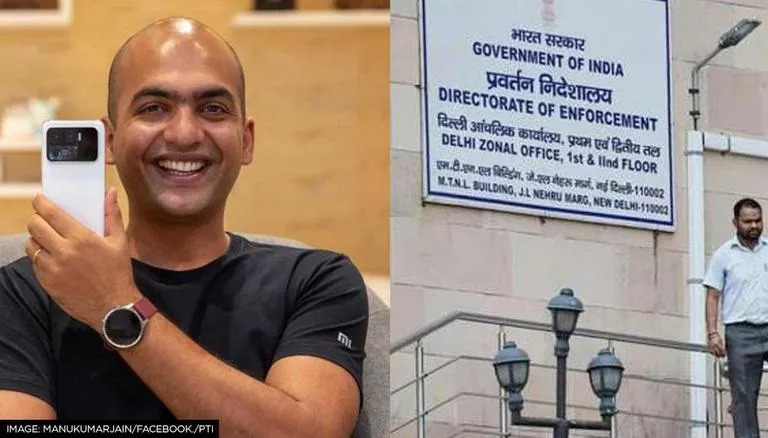 Manu Kumar Jain, Xiaomi's Global Vice-President, has been asked by the Enforcement Directorate to appear before the financial investigative agency on Wednesday. Jain, who was also Xiaomi's previous Managing Director of its India operations, has been summoned to appear before ED investigators as part of their investigation into whether the company's business methods complied with Indian foreign exchange rules. It is worth noting that the federal body in charge of enforcing economic laws and investigating economic crimes in India has been examining Chinese company Xiaomi since February. ED launched the investigation in accordance with the Foreign Exchange Management Act (FEMA) and identified evidence of remittances involving a substantial amount.

According to officials, this is his third summons after failing to attend for the previous two. They further stated that Jain has been summoned to the agency's Bengaluru office on Wednesday. The ED summoned Jain because he was Xiaomi's previous managing director of India operations, implying that he was aware of the company's actions and huge sums being transferred outside of India.

Previously, Chinese phone maker Xiaomi's India unit was issued a Rs 653 crore notice for alleged duty evasion. According to the officials, Xiaomi was evading customs duty through undervaluation, and the Directorate of Revenue Intelligence (DRI) launched an investigation against Xiaomi India and its contract manufacturers. "Following the completion of the DRI's investigation, three show-cause notices were issued to M/s Xiaomi Technology India Private Limited for demand and recovery of duty amounting to Rs 653 crore for the period 01.04.2017 to 30.06.2020, under the provisions of the Customs Act, 1962," the Finance Ministry said in a statement.

During the investigation, the DRI searched Xiaomi India's premises, resulting in the finding of documentation suggesting that Xiaomi India was liable to pay royalty and licence fees to Qualcomm USA and Beijing Xiaomi Mobile Software Co. Ltd.

During the investigation, it was also discovered that Xiaomi India's "royalty and licence fee" paid to Qualcomm USA and Beijing Xiaomi Mobile Software Co. Ltd., China (a Xiaomi India related party) were not included in the transaction value of the goods imported by Xiaomi India and its contract manufacturers.

According to the Finance Ministry, Xiaomi India dodged Customs duty as the beneficial owner of such imported mobile phones, parts, and components by not included "royalty and licencing fee" in the transaction amount.