World Health Organisation (WHO) recently declared a Global Emergency because of the Coronavirus. As per the Coronavirus Tracker, there are 565 lives claimed and 28,296 people are infected from the virus.

Most of the experts were questioning the statistics of Wuhan  Coronavirus Outbreak. Amidst all this, Tencent accidentally leaked the original data of deaths claimed and infected persons by the virus. The real number of deaths is around 5-6 times the numbers given by the Chinese government

On a webpage titled Epidemic Situation Tracker showed that around 1,54,023 confirmed cases of coronavirus, which is approximately 10 times the original figure shared by China. The number of deaths has been mentioned in the data is 24,589, which makes the situation more serious and deadly. 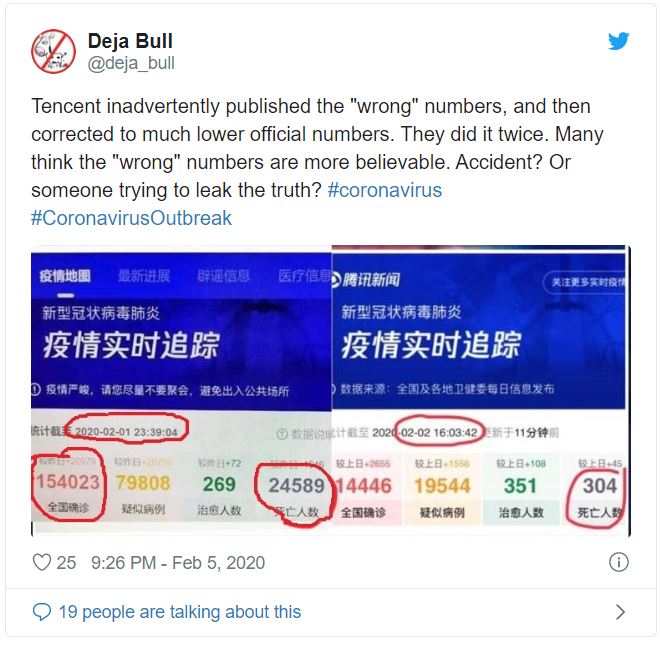 After noticing the mistake, Tencent immediately changed the number as provided by the government. but it makes it clear that the Chinese government is hiding the real data from the whole World.

A majority of people who witnessed the change in numbers are implying that someone deliberately did this, to show everybody the real number of deaths caused by the deadly virus.

the real number of cases of Coronavirus shared by the government cannot be accurate as a lot of people affected by the virus have died before even reaching the hospital, reported by Taiwan News.