Oppo is gearing up to introduce the Oppo Reno 9 series pretty soon, the phones cleared some important certifications. According to a leaked invitation, the company already has a launch date of November 24. The design means the camera island spills onto the side but this time only the Pro Plus version is expected to have a bump. The vanilla and Pro will have it only in a different color/texture, and the lenses will protrude quite a bit.

As per the leaks, the Oppo Reno 9 will be similar to the Oppo Reno 8. That’s not a big surprise, after all, the Reno 8 brought the first significant design refresh in years. Now, we expect Oppo to stick with it for a couple of generations. The series will bring a slightly tweaked design over the Reno 8 lineup. The Reno 9 Pro+ is said to boot on the latest Android 13 out of the box. Also Read - India smartphone market drops 11 percent in Q3; more decline expected 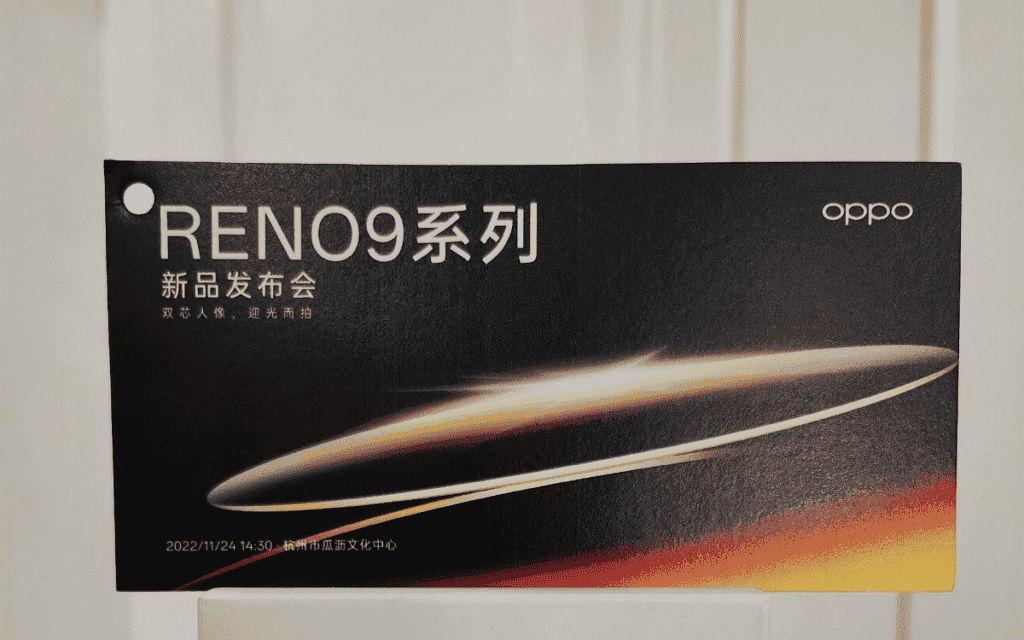 All three phones will have a 32 MP Sony IMX709 for the selfie department. The Reno 9 will bring a 64 MP + 2 MP dual camera setup, yes, there is no ultrawide module. The Pro model will bring a Sony IMX890 50 MP main camera and an 8 MP ultrawide lens. The Oppo Reno 9 Pro Plus gets the same 50 MP main camera with OIS. It will also get an 8 MP ultrawide module, and a 2 MP macro camera. The vanilla and Pro models will have 4,500 mAh batteries with 67W charging. The Pro+ gets a slightly bigger 4,700 mAh battery with 80W charging.

Lastly, the Reno 9 Pro+ is rumored to have the Snapdragon 8 Gen 1 chipset coupled with up to 16GB of RAM and 512GB of in-built storage. The device will house a 4,700mAh battery with faster 80W fast charging. It will have a 50MP + 8MP + 2MP triple rear camera system. It may boot on Android 13 OS out of the box.