Huawei filed a patent for a device with a flip camera design similar to that of the Zenfone 6. The patent was then published by the World Intellectual Property Office WIPO. As per recently published patent has revealed Huawei may also adopt the flip camera design for a future device. Huawei’s own has three cameras instead of two. The triple camera setup will be able to flip 180° to double as the front-facing cameras. If the setup includes an ultrawide angle camera, owners will be able to take wide-angle selfies.

Besides its flip-up camera, the new patent shows a more or less conventional smartphone, albeit one with an edge-to-edge screen. It also has dual speaker grilles at the bottom edge, which flank a USB type C port (and no others, unfortunately). When it comes to smartphone design, the current trends are notches, punch holes or “full-screen”. Huawei also intends to bring the bezel-less phone with no-notch and flip camera setup in future smartphones. 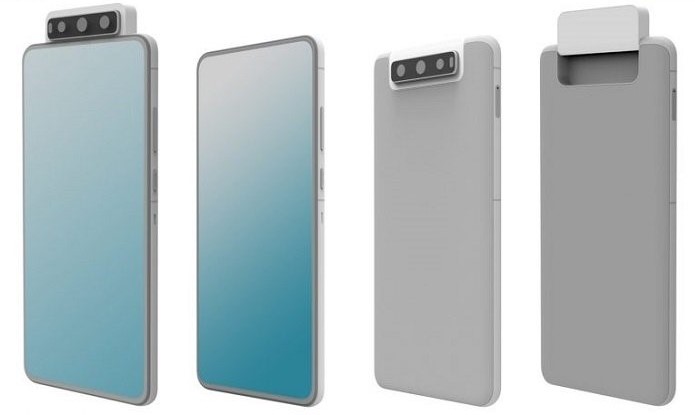 Huawei’s flagship offering will run Android 10-based EMUI 10 and lack Google’s services and support due to the ongoing US ban.

Huawei Mate 30 Pro is tipped to flaunt a curved notch-toting display. The handset will rock the latest Kirin 990 SoC and reportedly feature quad-rear cameras arranged in a circular module. The phone is also expected to come with better camera sensors, performance, face recognition components, and battery backup compared to its predecessor Mate 20 Pro.