Facebook overhauls groups, introduces audio channels, and chat channels and  Facebook has announced its plans of revamping Groups and adding new features. Another addition would be to let group admins and members jump in n out of audio conversations in real-time like discord.

These changes are supposed to make groups more organized especially for people who are involved in multiple groups.
The comparisons with Discord are triggered due to some similarities in the display, like a left-aligned sidebar which serves as an easy way to access Facebook Groups, the sidebar will also showcase the latest activity within a particular group apart from listing separate groups. The app also let users pin their favorite groups to the top. 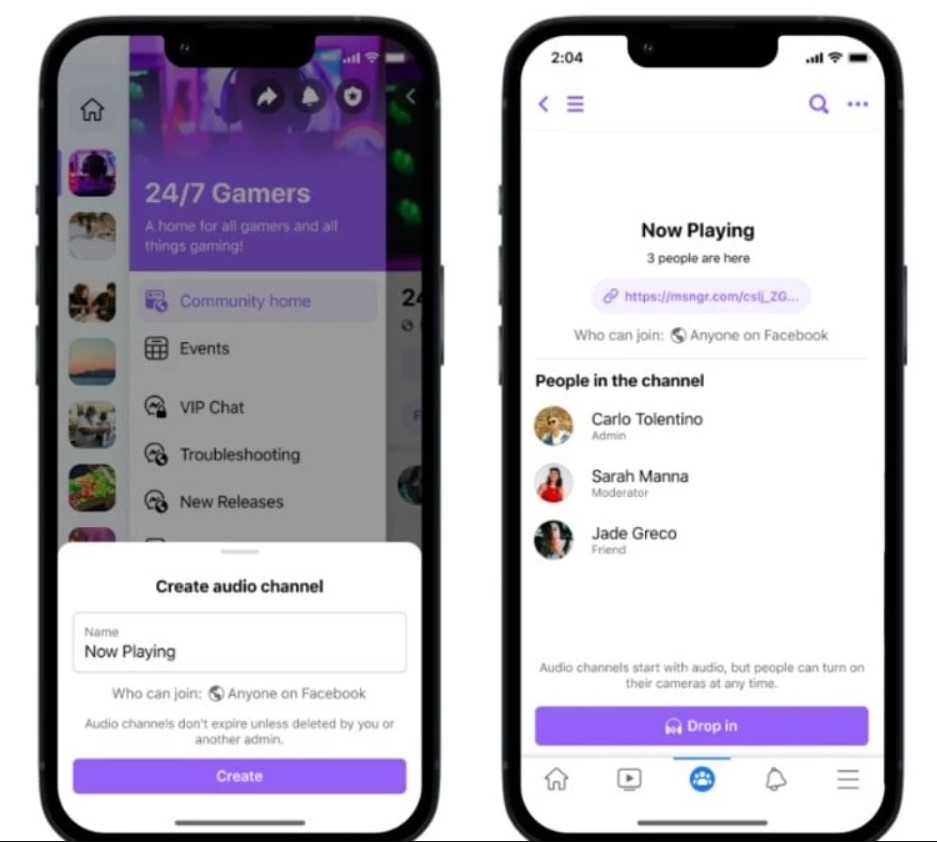 Some new features like Community Chat Channels allow users to have live discussions and chat in real-time via  Messenger and Facebook Groups.

Also community feed Channels are also a new addition, essentially groups within groups.
Facebook says that group admins can organize their communities around topics within the group for members to connect and discuss more specific interests.

SpaceX to Launch Starlink V2 with Cellphone Service in 2023