Apple has filed multiple patents related to the iPhone design and particularly about the folding iPhone. Earlier patents include the flexible control circuitry, advanced techniques to bend the glass displays, flexible chassis, and more. Apple focuses on protecting how first, second and third gears work and support the folding motions of a future foldable iPhone (or iPad) that support the original new flaps.

The patent design reveals that the display can fold without a crease and even potentially use glass rather than plastic. Apple's secret lies in the new hinge mechanism, where the middle of the display can bow outwards before folding over. This mechanism creates a softer bend on the phone's inside, while also maintaining the structural integrity. Apple is also patenting distinct designs for the iPhone. A new report reveals that Apple's new patent is for a foldable iPhone, a game-changing move from the company. Apple's patent FIG. 33 (in-part) below illustrates the new flaps and their positions towards the folding area of the foldable device; FIG. 31 is a side view of the hinge structures; FIG. 47 is a front view of an illustrative electronic device; and FIGS. 50 and 51 are perspective views of illustrative gear-based structures for coupling housing portions together in a foldable device.

The hinge plays a crucial role in foldable smartphones, a trend that booming among smartphone makers. The new design is a radical improvement in comparison to the fragile folding smartphone displays we've seen so far. 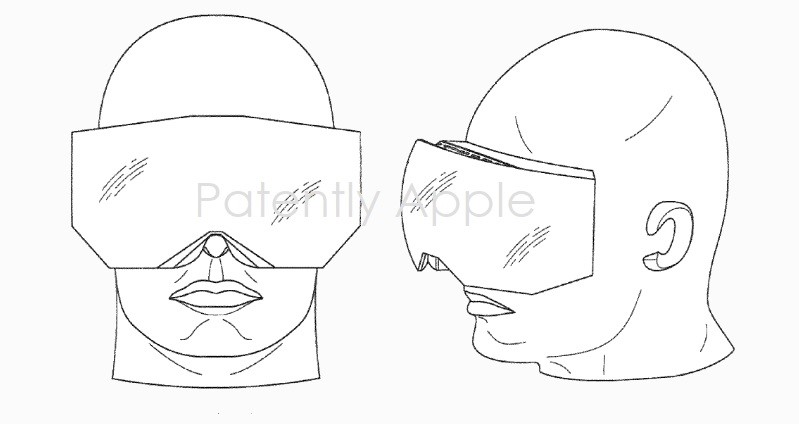 Apple's new patent claims cover a multitude of additions to their optical system that they seek protection for. Some of these additions include A second linear polarizer interposed added between the fifth surface and the reflective polarizer; that the third lens will be made of glass (as opposed to plastic); that the dome lens in the HMD will have a thickness that varies by less than 10%; that at least one of the fifth and sixth surfaces is aspheric and more.

Apple is famed for its secrecy. But when it comes to foldable smartphones, other players have already rolled out their foldable devices. It looks like Apple won't be far behind and might soon join the trend, assuring fans and investors.