Xiaomi’s patent clamshell design-featuring foldable phone received approval from WIPO. The patent application was filed with the World Intellectual Property Organisation (WIPO). Xiaomi appears to have a foldable smartphone in the works. The application shows the foldable phone in a clamshell form-factor along with a pop-up camera setup. Xiaomi in the past teased its foldable smartphone but with a double-folding design that folds vertically like a traditional flip phone. Apart from Xiaomi, Samsung is also working on a clamshell foldable phone design. The company may reveal its concrete plans early next year. The device has a large display that folds in half in the middle, protecting the screen as a result. 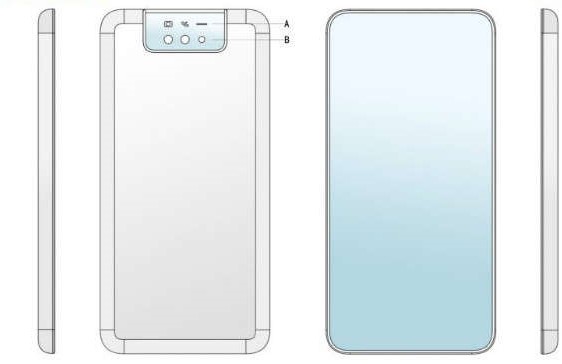 On the back of the phone are dual cameras and an LED flash but these are unique. The sensors and flash are actually housed inside a smaller display whose function is to display notifications when the phone is folded. So, yes, we have three punch holes inside this much smaller secondary display. As per the drawings attached to the patent filing, the Xiaomi phone in question appears to fold completely in half to give a traditional flip phone-like look and feel to the users. A secondary screen may appear at the front once the phone is folded to show notifications. The foldable handset also seems to carry the pop-up selfie camera module with an array of sensors. There would be a notch that will be visible once the smartphone is folded. Once unfolded, the available notch may appear as the back-camera setup. 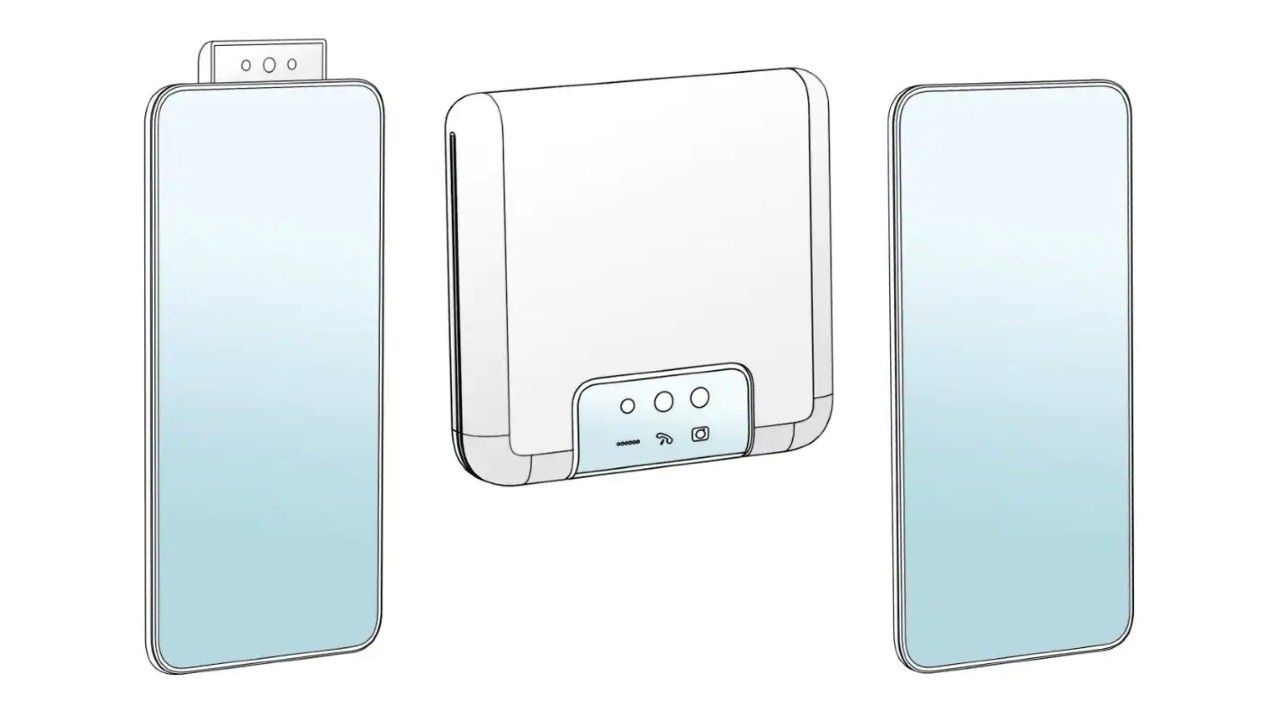 The new patent shows a device that folds vertically but there are some major differences when compared to the first patent. Unlike the first patent that has a bezel at the top of the display for the selfie camera and sensors, the diagrams for the new patent show the phone will have no bezels. This should translate into a higher screen-to-body ratio. But that’s not all. The diagram shows the phone has a pop-up selfie camera. The camera is flanked by a sensor and an LED flash. So when the user needs to take a photo or record a video, the motorized selfie camera pops up.

Other patents and leaks regarding Xiaomi’s foldable smartphone have also suggested that the device might come with a five-camera pop-out mechanism at the top. However, this seems more like speculation at the moment, and the five-camera pop-out mechanism sounds a bit impractical since foldable devices are anyway not among the sturdiest. However, with first-generation products such as a foldable smartphone, design, and other decisions getting shelved or altered in later stages. Given that possibility, it is likely that Xiaomi might be looking at an alternate design, from the three-part folding design that they have so far confirmed.

Xiaomi hasn't made any official announcements around its foldable phone. However, back in March, the Beijing-based company suggested its interest in the nascent market of foldable smartphones by showing off its double-folding prototype. A patent application also spotted in August that hinted at a Xiaomi foldable phone with a triple rear camera setup. That application showed a handset that could transform into a tablet when unfolded similarly to the likes of the Samsung Galaxy Fold and Huawei Mate X. That being said, it is still a mystery whether Xiaomi would bring a foldable phone to answer offerings such as the Galaxy Fold and Mate X or unveil a competitor against the Motorola Razr (2019)