The lockdown period due to Coronavirus pandemic is giving people all the time they need and they are utilizing this perfect time to binge-watch movies and TV shows that have stayed for a long time in their watch list. Due to this reason torrent traffic has spiked to the extent that it has surpassed Netflix in several countries.

A report released by Sandvine, a broadband management company, has revealed some interesting changes in internet traffic all over the world due to Coronavirus Pandemic. Video streaming traffic, obviously, rules the report with a majority share of 57.64% in 2020, followed by social media networks accounting for 10.73%, and regular web appears on the third spot with 8.05% internet traffic share. 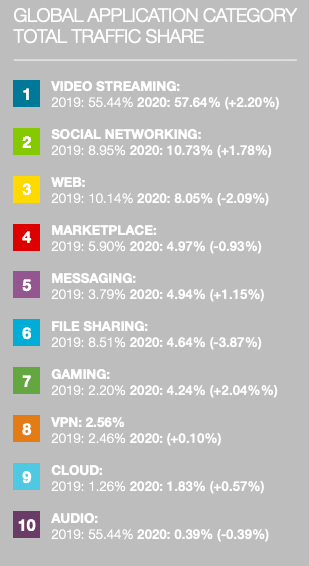 YouTube has emerged as one of the unbeatable kings in the video streaming traffic, with its traffic share doubling from 8.69% to 15.94% in 2020. Next in the line is Netflix, with 11.42% internet traffic share. Surprisingly, Netflix and BitTorrent have witnessed a decrease.However, in some regions, this isn’t the case. For example, the data of the internet traffic in Europe, the Middle East, and Africa (EMAE) shows that torrent share has grown more as compared to Netflix. 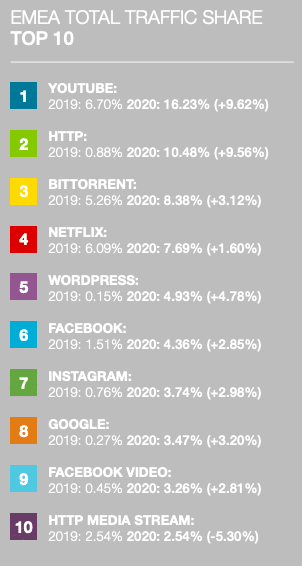 While BitTorrent acquired 8.38% total traffic share in EMAE, Netflix managed only 7.69%. The Internet traffic has increased for both Netflix and torrents in EMAE if we compare it to 2019, but it has increased more for Torrents in comparison to Netflix,In fact Netflix gains 1.60% which is the least in EMEA region. One of the reasons why Netflix has lagged behind torrent in 2020 could be scaling down the video quality to ensure less load on their servers. However, BitTorrent traffic has dropped in other areas, including America and the Asia-Pacific region. Nonetheless, the dramatic shift in the internet traffic in some regions is an indicator that torrenting has not on its way to becoming obsolete anytime soon.

How to Customize Windows Terminal App