Asus had earlier announced the launch of its ROG phone 5 in February and it was soon launched last Wednesday on 10th March. Surprisingly, an Asus phone with model number ASUS_I007D was spotted on the same day on the Bluetooth SIG website.

Soon, it was rumored to be the Asus ROG phone 7 considering the fact that ROG phone 5 had the model number ASUS_I005D. It comes as a surprise that the company had already developed another model and even applied for certification. The supposed ROG phone 7 is likely to come with Bluetooth 5.2 support. The upcoming phone may also be a variant of the ROG phone 5 or even an altogether different model. 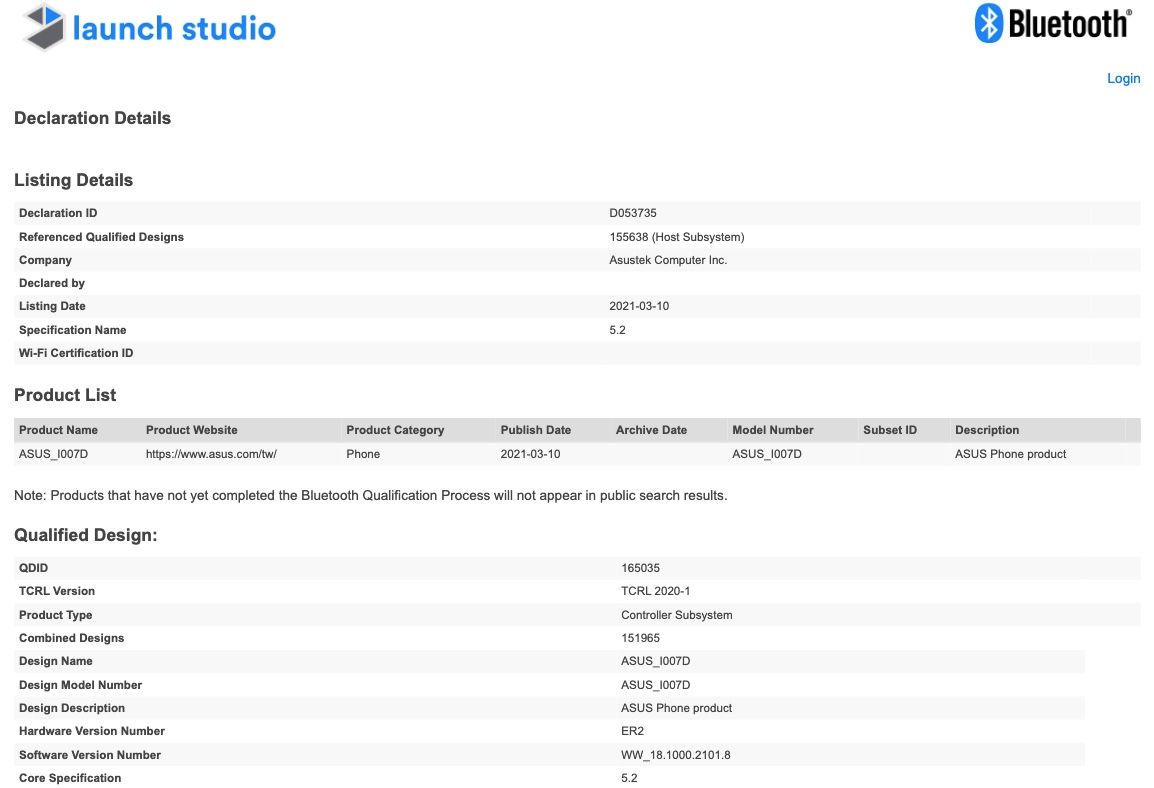 It is too early to make an assumption now as there is too little detail provided regarding the features onboard the handset.

The recently launched Asus ROG phone 5 packs a serious punch with its specifications. The handset features a 6.78-inch FHD+ AMOLED display with a mighty 144Hz refresh rate. It is powered by a Snapdragon 888 SoC clocked at 2.84GHz, coupled with Adreno 660 GPU.

The phone is available in three models, i.e. ROG Phone 5, ROG Phone 5 Pro, and ROG Phone 5 Ultimate edition, with the top variant offering up to 18GB of RAM and 512GB UFS 3.1 storage. It runs  Android 11-based ROG UI custom skin out of the box and is fuelled by a colossal 6,000mAh battery with 65W fast-charging support.