Samsung Galaxy A22 5G Pops on Geekbench with Dimensity 700

The next upcoming Samsung's budget A-Series device namely, Galaxy A22 appears on Geekbench with dimensity 700 SoC. The model bears a codename as SM-A226B (MT6833V/NZA model number). 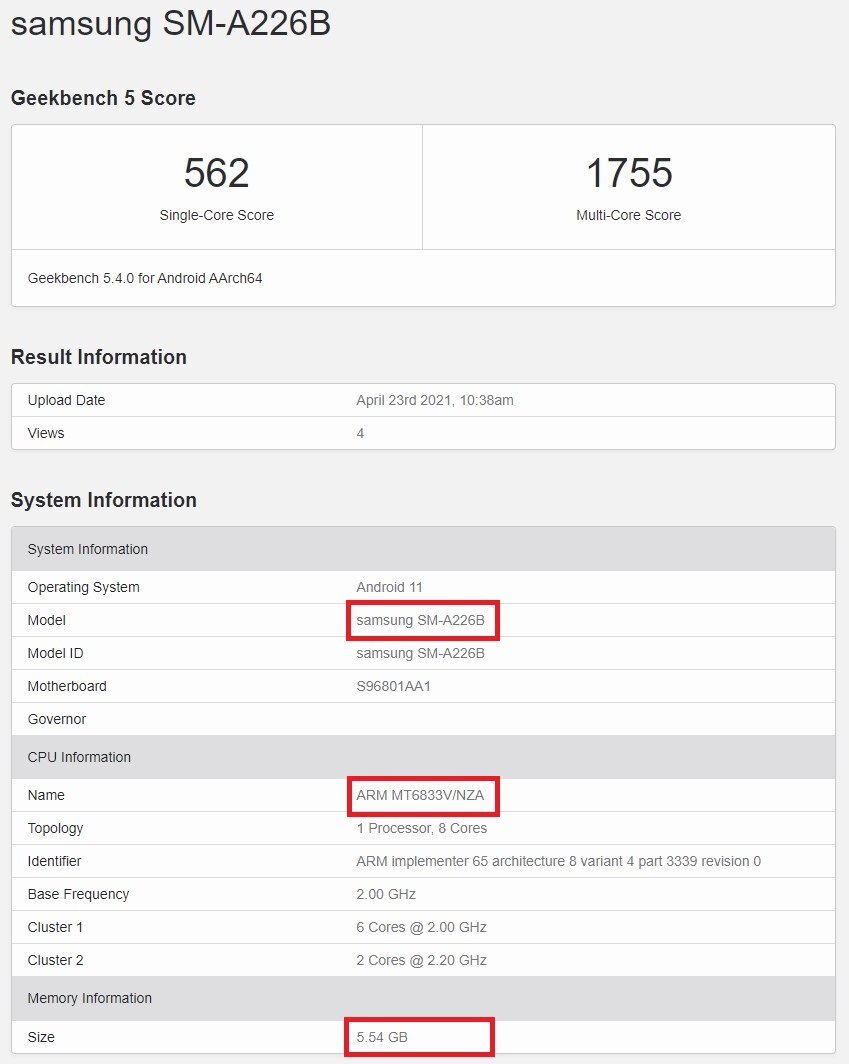 Taking a look at the Geekbench scores, we get 562-points in the single-core test and 1,765-points in the multi-core department. Earlier renders suggest that the device feature a 48MP primary camera, 8MP ultrawide, and two 2MP helpers. The front will house an Infinity-V screen and a 13MP selfie cam. Moreover, the device is supposed to come at a price point of around $200/€230, on direct conversion that comes to be INR 15,000.