Over the years OnePlus has launched a bunch of smartphones, and a couple of Bullets branded earphones, and now is expected to debut its first TWS (Truly Wireless Stereo) earphones.

When the company announced that the OnePlus Nord will launch on July 21. They also went to Twitter with a rather revealing tweet. In it, they included a picture of Bullets Wireless, Bullets Wireless 2, and Bullets Wireless Z which are their various earphones or Bullets with the caption: "What's next in line?", and that clearly points towards the next-gen earphones. 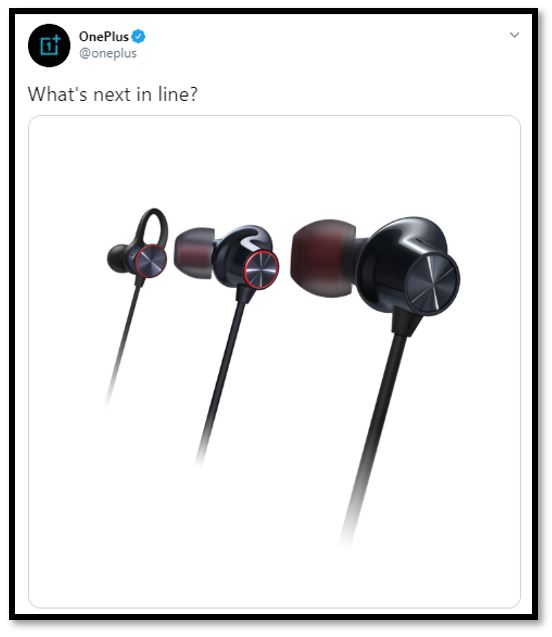 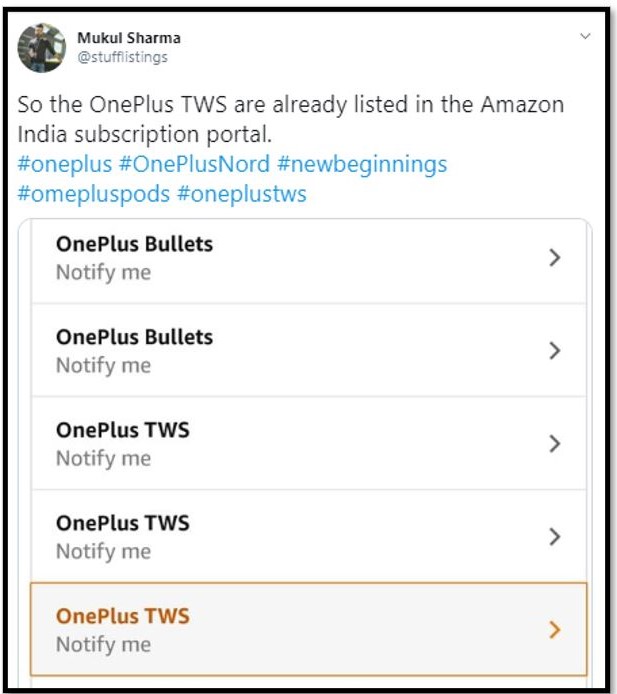 Coincidently around the same time, a guy named Mukul Sharma tweeted that OnePlus TWS earphones were listed in the subscription section of Amazon India. This further supported the rumors that the OnePlus Buds may indeed be on its way and that an Indian launch is about to happen.

The image shared by Max J. also revealed the color variants with some features of the wireless earbuds. According to the image, the upcoming earbuds are the same design as the OnePlus Bullets Wireless 2 and the buds will have a brushed aluminum finish on the back same as the OnePlus Bullets Wireless 2. The earbuds are expected to come with a triangular case with an LED indicator on both the inside and the outside signalizing the battery status of the charging case and earbuds themselves, respectively.

OnePlus Buds did leak on several occasions, though. The best leak showed that earbuds are going to be in Black, which AirPods are not. So, we are hoping that they'll be arriving in at least two color variants. At this point, it seems to be pretty much sure, OnePlus will launch its TWS earbuds alongside the OnePlus Nord. Well, we're still not sure if they'll be called 'OnePlus Buds' or 'OnePlus Pods', though.