The upcoming Moto 360 may have a Snapdragon Wear 4100 SoC

Last week in an investor presentation, Motorola showed off its upcoming Wear OS smartwatches. The presentation showed photos of three upcoming watches from Moto and a fourth watch which seems to have leaked the fact that it may carry the Snapdragon Wear 4100.

When Reddit user TheMacJezza tweaked photos of the unnamed watch to get a clear view of some texts on the outer rim of the backside, he pointed out that it said “Snapdragon Wear 4100”. 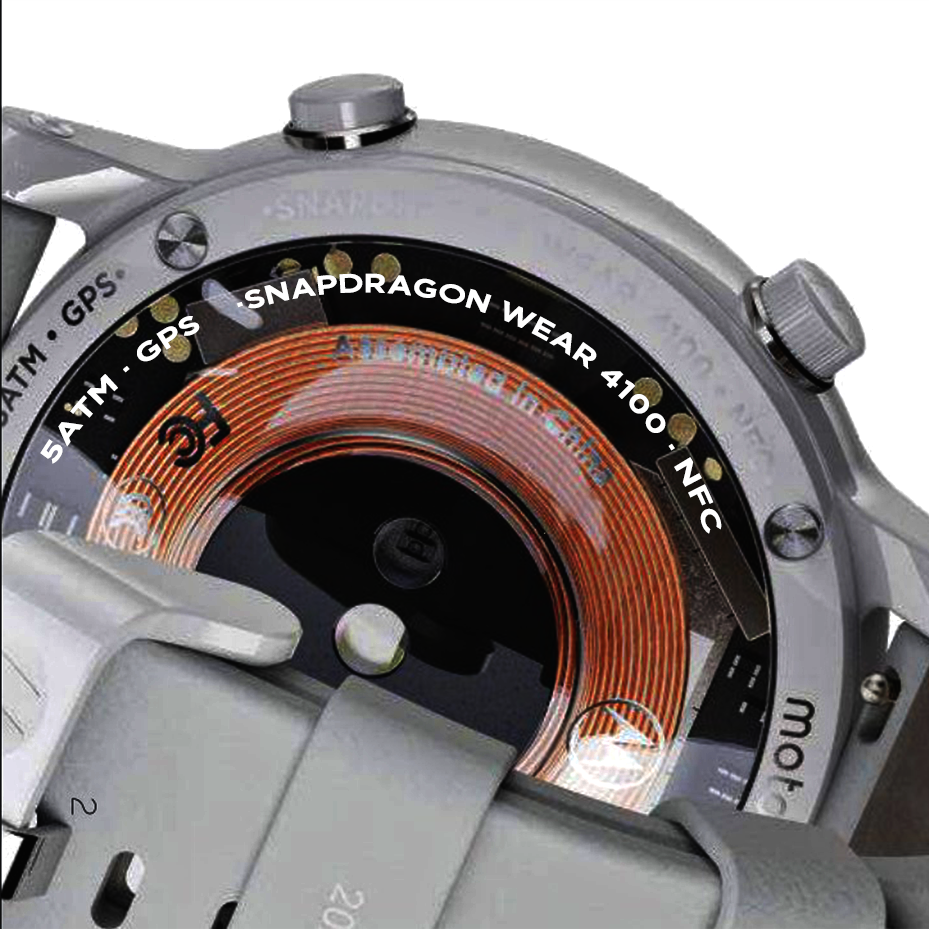 The present Moto 360 also has “Wear 3100” printed on it along with the standard presence of GPS, NFC, and an ATM water-resistance rating just as it appears on this mysterious white watch. The heart sensor looks the same but the backside is transparent to reveal a charging coil that suggests wireless charging.

Thus, it can be speculated that this watch is going to be the successor of the Moto 360 with the Snapdragon Wear 4100 SoC. This is supposed to significantly improve the efficiency and performance of the device considering the jump from a 28nm process to a 12nm one.

According to Qualcomm, the 4100 is supposed to bring 85% faster CPU, 2.5 times faster GPU, and 25% more battery life. However, there seems to be only one device currently in the market which seems to be using the 4100, the TicWatch Pro 3.

Moto does not make its smartwatches but rather licenses it off to a Canadian company called eBuyNow which released the third-gen Moto 360 and the one who seems to have spilled the news of the watch over its presentation.

When you Should Buy Products Online and When to Avoid

Realme GT 5G with Snapdragon 888 is on sale in China

Realme GT 5G with Snapdragon 888 is on sale in China