Huawei has filed a patent for all-screen fingerprint unlock technology that would require smartphone users to just tap anywhere on the display to unlock their phones.

Unfortunately, there is no timeline currently available which tells us the time regarding when such a device will be available. Although, it might not be very far away considering concept phones have already appeared with the feature in the past. The tech industry hopes to take under-display fingerprint scanners to the next level with impressive innovations.

Today smartphones come with fingerprint sensors to unlock them either on the front (tactile button or in-display) or on the rear of the phone. Point is, you don’t have more than one place to use the fingerprint and unlock the device. If the latest report is anything to go by – Chinese smartphone major Huawei has filed a patent for all-screen fingerprint unlock, which would let users unlock their phone by just clicking anywhere on the screen.

Huawei has also informed that users will be able to activate fingerprint sensors in chosen areas of the screen, which should work well in favor of conserving the battery life that often happens to drain with inclusions for such features. There is no further information on how this new patent-pending technology would function but we are hopeful the patent will be approved and future Huawei phones will come with an all-screen fingerprint unlock feature. 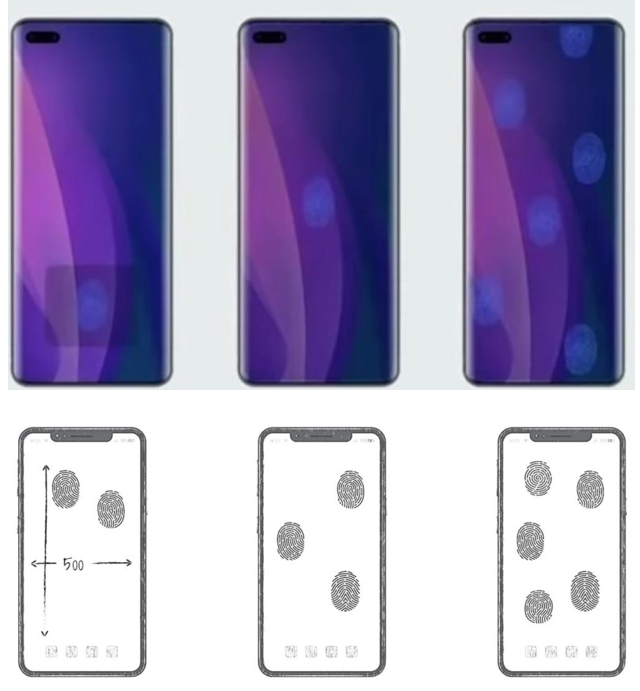 The company also mentioned that it would be possible to quickly view, enter, and respond through the SMS app without having to unlock your device. This could potentially make lock screen interactions more streamlined and carry a lot more functionality as well. Furthermore, users will still have the option to “activate sensors in a chosen area on the screen while deactivating the rest on the screen space.”

Huawei has recently filed a patent for an all-screen fingerprint unlock technology. This translates to a device that can be unlocked from any and every inch of a smartphone’s display, which means it's the epitome of biometric security.

Unlike the app lock that OEMs have on their devices to allow users to unlock the app by first clicking on the app icon and then registering the fingerprint on the in-display sensor – the new tech would “theoretically unlock and launch the app in one go.” Huawei also informed Android Authority that with the in-screen fingerprint feature, users will be able to check and respond through the SMS app without unlocking the phone.