Google has accidentally revealed the upcoming Pixel Buds A on Twitter

Google has accidentally revealed its upcoming TWS earbuds, the “Pixel Buds A-Series” on Twitter. The tweet from @Android was deleted soon after being on the platform for 10 minutes.

The image shown in the tweet resembles the image seen in a previous leak by Google in an official mail. The deleted tweet can be accessed through the Web archive and is shown below. 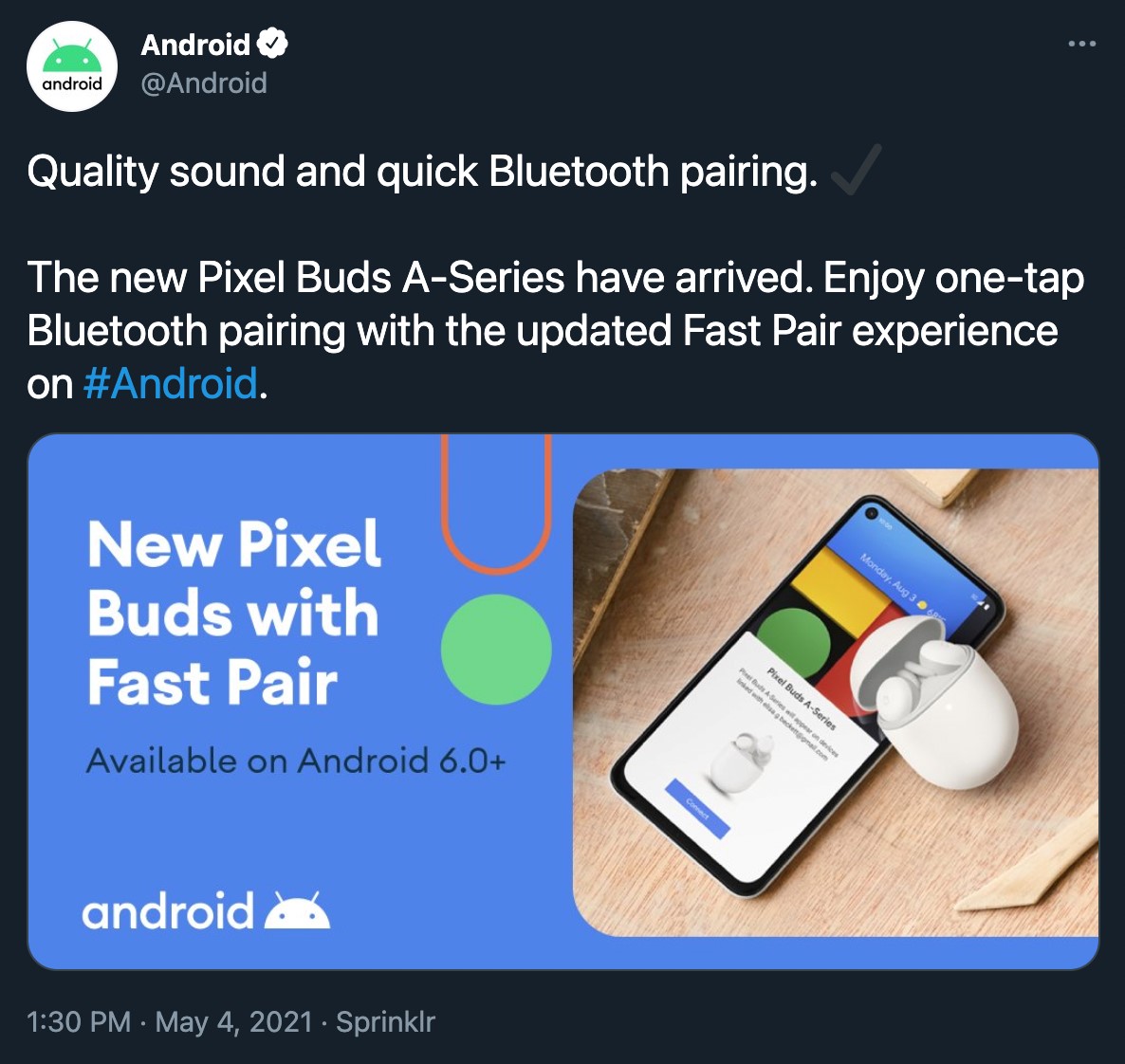 The pair shown is predominantly white in color, including the inside of the charging case instead of the black accent seen on its predecessor. The previous leak has also revealed another variant with forest-green ear tips and case interior.

Previous evidence has shown that the swipe volume gesture might be removed and since it is going to be an affordable TWS earbud series, we can expect other such cost-cutting measures.

Nothing else is known as of now regarding other specifications, prices, or availability. However, Google is expected to unveil the Pixel Buds A at I/O 2021, so stay tuned for further updates.