A good start to this year for the Starlink Beta users as Elon Musk promises double speed and lower latency soon. SpaceX’s satellite-based internet provider Starlink which is still in a beta phase aims at providing speed between 50 to 150 Mbps. In a recent reply to a tweet by a user, Musk talks about his ~ 300 Mbps goal. 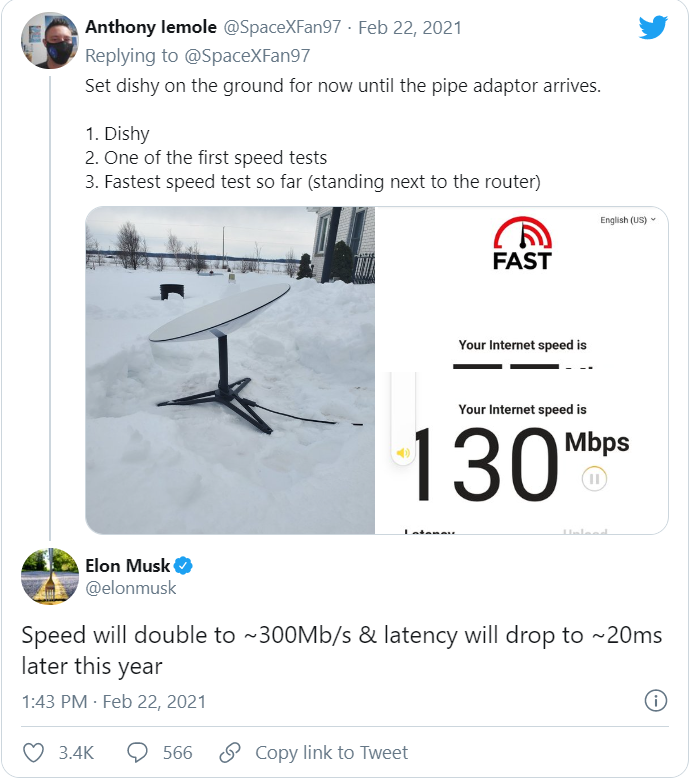 Moreover, he points out in his reply to a second tweet that 300 Mbps may not seem a lot when compared to cellular in dense urban areas but rather like other satellite broadband services, Starlink is intended for rural areas with low to medium density population. 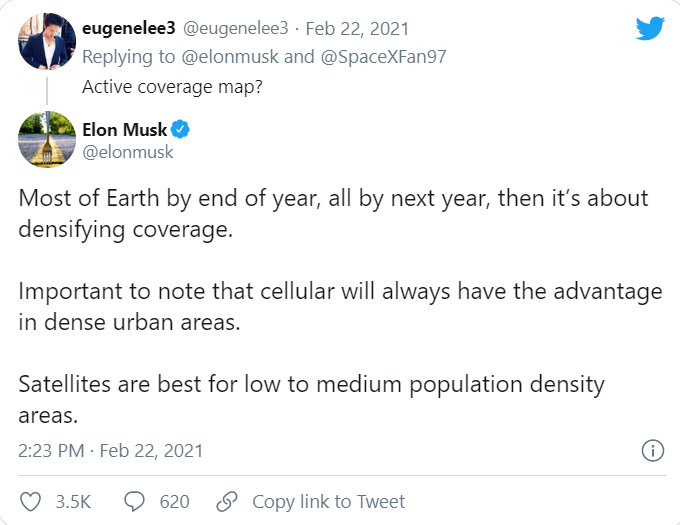 For people living in these areas, 300 Mbps is more than they could bargain for. He also talks about a drop in latency to ~20 Ohms giving both the factors necessary for a fast internet a significant boost. Starlink is a capital-intensive project with over 1000 satellites already in the orbit. It plans upon building an interconnected network of satellites known as a ‘constellation’ that will readily deliver high-speed internet to anywhere on the planet. A quite ambitious project by an equally ambitious man, Starlink aims at eliminating the long lingering challenge of connectivity.