Zuckerberg called Apple out during Facebook’s January earnings call, referring to Apple as one of his company’s biggest competitors. iOS 14 has new privacy settings that let users opt-out of tracking.

But the “keep Facebook/Instagram free” tactic seems to run counter to Facebook’s long-standing tagline which indicated the company was “free and always will be.”  In addition to asking for permission.

The company refers to the notices as “educational screens,” and said they provided “more details about how we use data for personalized ads,” according to the blog post by Dan Levy, Facebook’s vice president for ads and business products. Updates for apps that use such tracking features will not be approved by Apple unless they include the prompt. 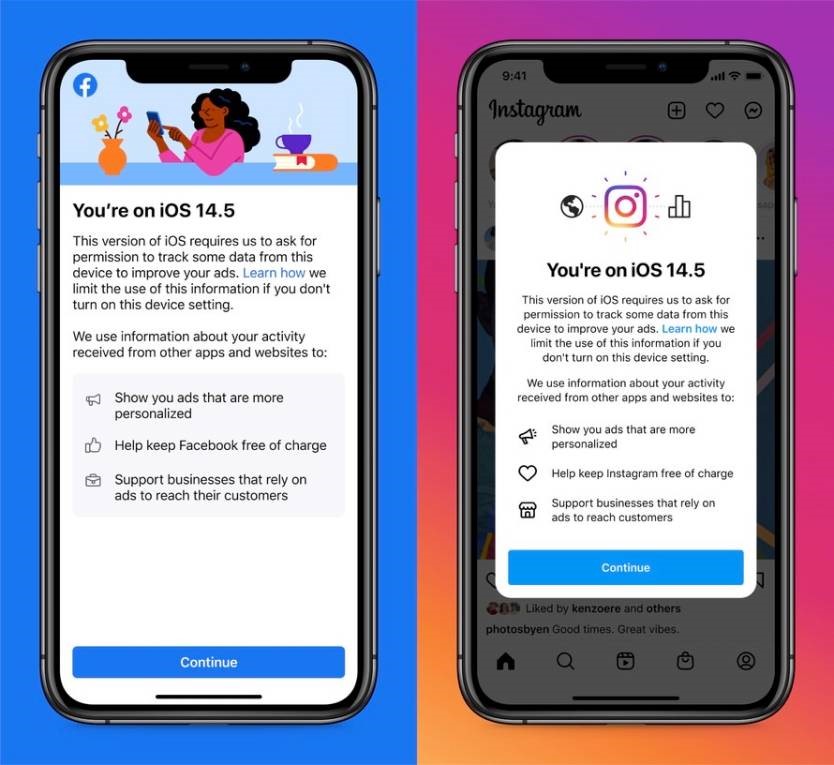 It just makes it mandatory for all the companies to ask for consent. Also, blocking Facebook and other apps from tracking iPhone and iPad activity might not prevent all tracking. Companies might have other tools in place to fingerprint users without asking for permission first.

Developers have no choice, of course. They have to display the prompt if they intend to track Apple users. The iPhone maker has said more than once that the feature doesn’t block tracking.

The prompts will likely appear in the Facebook and Instagram apps before Facebook displays the mandatory ATT prompt. You should start seeing these screens as soon as Facebook updates its apps for iOS 14.5. The company has already confirmed that it will abide by Apple’s new privacy rules, despite its protests.

Other app developers who track users online, including on the iPhone and iPad, have already started showing the ATT prompts. All of them will look like the example above. Developers will explain why they want to track users.