WhatsApp groups are constant problems for many of us. We often get added to inadvertent groups, possibly with once-friends whom we haven’t spoken to in ages, and to family groups. Naturally, our first reaction to being added to these groups is to mute them for as long as we can – for one year, as what is allowed by WhatsApp. Now, though, most users will be glad to note that WhatsApp is testing a beta feature that may soon allow us to mute these bothersome, annoying WhatsApp groups… forever.

To improve the overall messaging experience, WhatsApp has taken several steps such as improved spam detection, end to end encryption, better message search, dark mode, group invitation restrictions and more. The new feature to allow people to mute groups forever is likely a step in this direction too. According to WABetaInfo, this feature is presently labelled as ‘underdevelopment’, and is most probably going to be seen in the stable builds after an update soon.

Apart from adding the option of muting chats forever option, the Facebook-owned messaging app is reportedly working on expiring messages feature that has been long-speculated. The feature would let users automatically delete messages after seven days if you turn on the settings. As per a Wabetainfo report, the “Expiring messages” feature was spotted in the latest WhatsApp beta for Android version 2.20.197.4. In the screenshots shared by the WhatsApp features tracker, it can be seen that if you turn the Expiring messages settings on, your will messages will disappear after seven days. 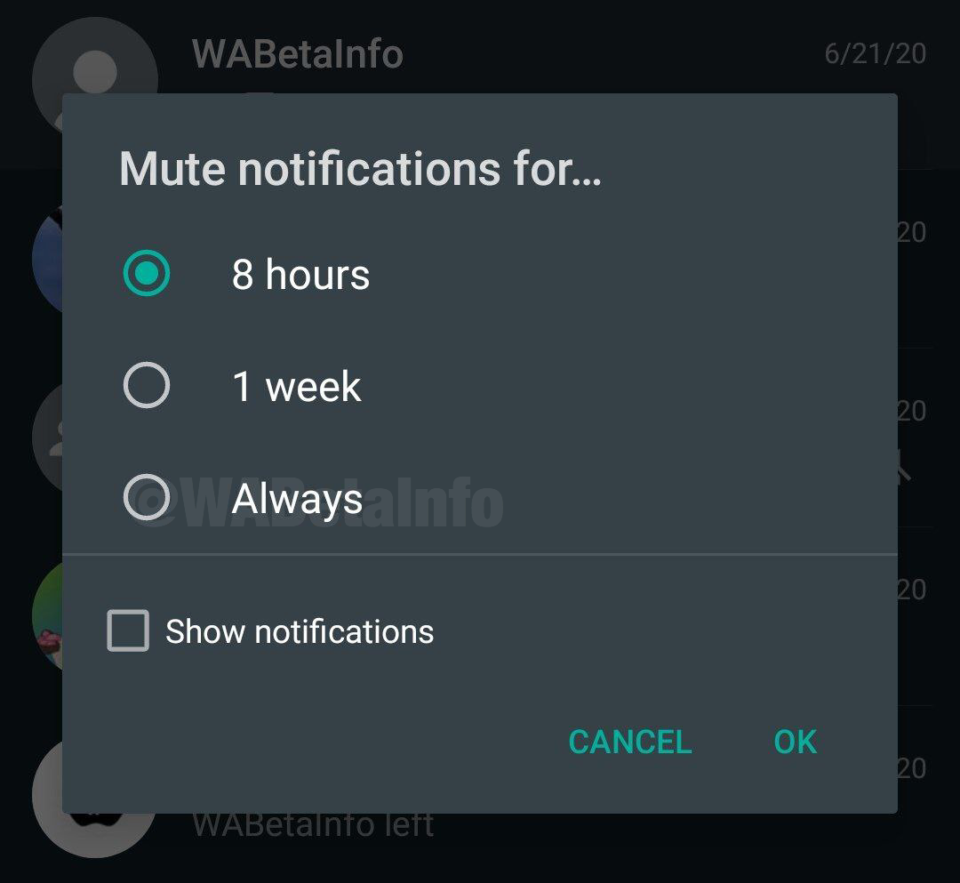