Apple has reportedly warned that areas above 62-degree latitude may not have satellite service, and Noorvik and Kotzebue are close to 69-degree latitude. Apple recently said that the service is available in the US and Canada and will come to France, Germany, Ireland, and the UK in December.

There were no injuries, and the man was successfully rescued. The report notes that the man was in a remote location just outside the range of satellite connectivity.

Overcoming the Problem With Satellites 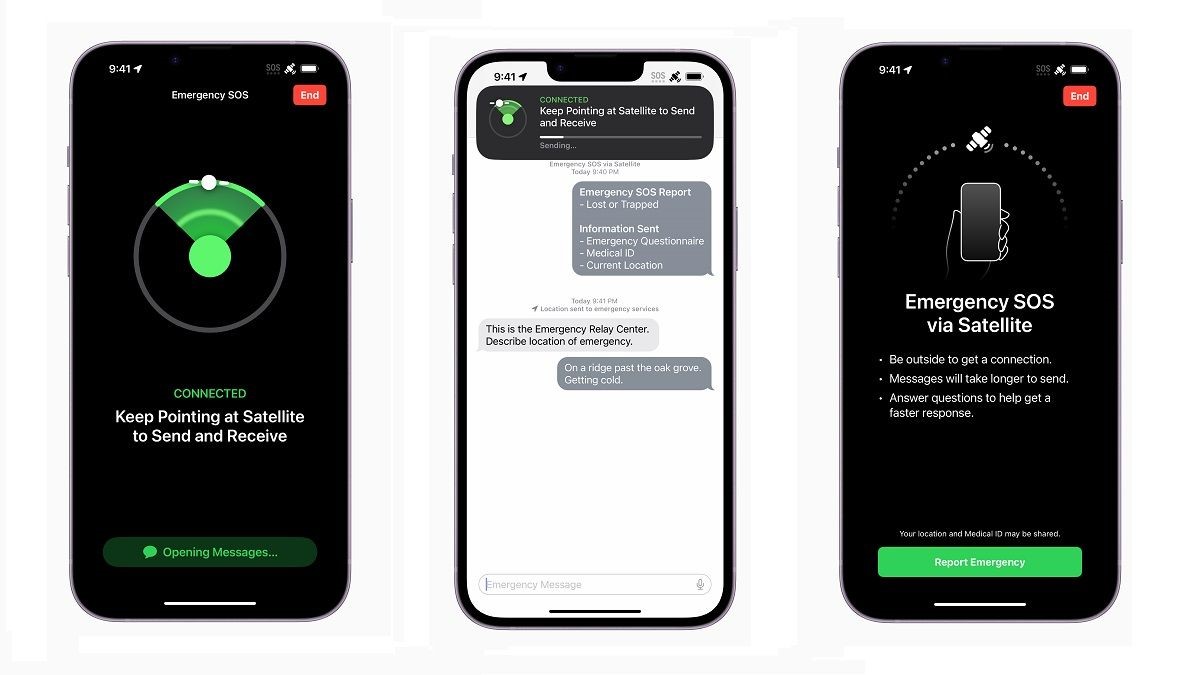 Satellites are fast-moving objects in the sky, unlike cell towers which remain in the same position (relatively speaking). Satellite communication on a portable scale doesn’t have a lot of bandwidth available. While satellite internet services exist, they require chunky antennas and a lot of power draw.

If you’ve ever made or received a call using a satellite phone, you’ll probably aware of this issue. Dropouts are common and audio quality is generally poor on account of the lack of bandwidth. Communication must be heavily compressed to the point of sometimes being inaudible.

How the newly launched Apple feature saved a life?

The Alaska State Troopers got a notification that a man using a snowmobile to travel from Noorvik to Kotzebue had gotten trapped on December 1st. To notify authorities of his situation, the man used the satellite connectivity on his iPhone 14 while in a chilly, isolated area without network.

The Northwest Arctic Borough Search and Rescue Coordinator and the local search and rescue teams collaborated with Apple’s Emergency Response Center to dispatch volunteer searchers to the GPS coordinates sent to Apple via the emergency feature.

Here’s how Emergency SOS via Satellite feature by Apple works 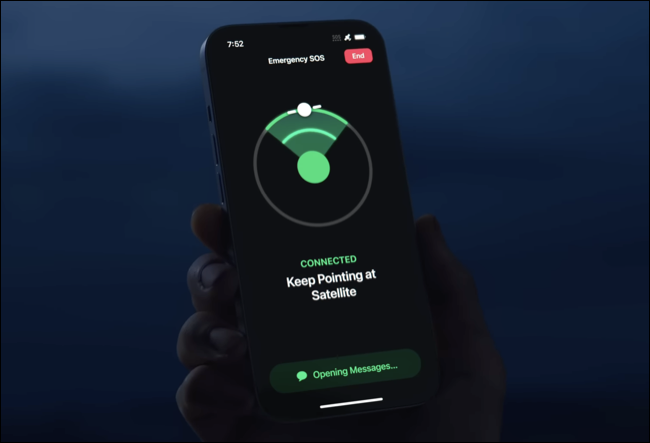 If you are unable to contact emergency services because there is no cellular or Wi-Fi coverage, Emergency SOS via satellite can assist you by employing a satellite connection and a user-friendly interface that shows on your iPhone. A short questionnaire seems to help the user answer important questions with just a few taps.

For Emergency Services and Friends

Before you connect to an emergency operator, your iPhone will ask you a few questions to ascertain what situation you’re in. Once you’ve connected to an emergency responder, your answers to those questions in addition to your location, Medical ID, and current battery level.

How Much Will SOS via Satellite Cost?

Perhaps the most perplexing part of the iPhone 14 and iPhone 14 Pro satellite functionality is the lingering question of ongoing cost. Apple stated during the iPhone 14 event that the service would be “free for two years” with compatible devices, but didn’t say anything more about what users would be expected to pay thereafter.

Satellite phone plans normally start at around $50 per month for voice plans that include talk time and text messages, with global coverage. Since Apple’s service is text-only, it should undercut services like these. Apple has stated that “Apple trained specialists” will be used to make the service function though, so it’s clear that there’s more overhead here than simple infrastructure costs.

When Will It Launch? 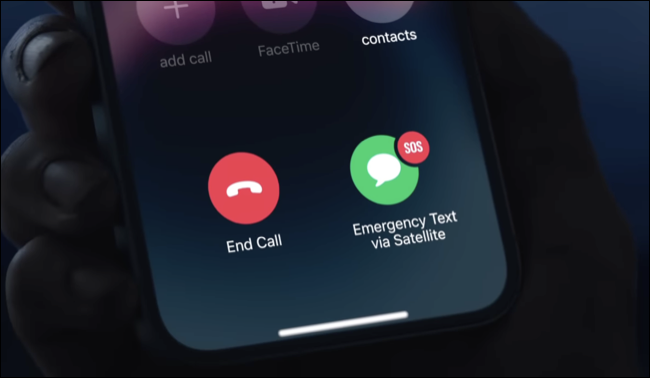 While the iPhone 14 and iPhone 14 Pro will release in September 2022, satellite services won’t arrive until November. It will be limited to the US and Canada first, as is often the case with so many of Apple’s flagship features.

While satellite phone services have global coverage, that isn’t something Apple is offering at this stage. Apple may want to focus on rolling out the service to more regions before the two years are up so that it’s a more enticing product come time to renew.

It’s not clear yet how power-intensive satellite communication is, but it’s likely to drain your battery much faster than making a call over the cellular network if GPS performance is anything to go by. Your iPhone uses GPS to get a location fix via satellite and has traditionally been a major source of battery drain.

Having a service that is pre-paid by the month could work for those who don’t require satellite communication all of the time. If you spend a few months in the summer hiking and a few months skiing in the winter, you could pay for the months you’re most likely to need satellite SOS (and Find My location) services, rather than shelling out all year long.

Even though all new models are getting satellite functionality, you might want to think twice before you sell out for an iPhone 14 this year. Don’t forget that your old iPhone is likely compatible with iOS 16, which arrives on September 12.

Apple could roll the service into iCloud+, as it has done with its Private Relay and Hide My Email services. That seems unlikely though on account of having to employ and train specialists. It seems more reasonable to expect the service to require a monthly or yearly fee, but it’s anyone’s guess as to how much that will cost.