The Samsung Galaxy F52 5G is expected to launch in China later this month. The device has previously appeared on certification platforms like 3C and TENAA where the latter revealed the full specifications of the device. Now ahead of the launch, a Weibo user has posted live photos of the device with its expected pricing.

The photos reveal a punch-hole cutout front panel display with the selfie camera at the top-right corner. It has a shiny rear cover featuring a rectangular quad-camera setup with an LED flash at the top-left corner. 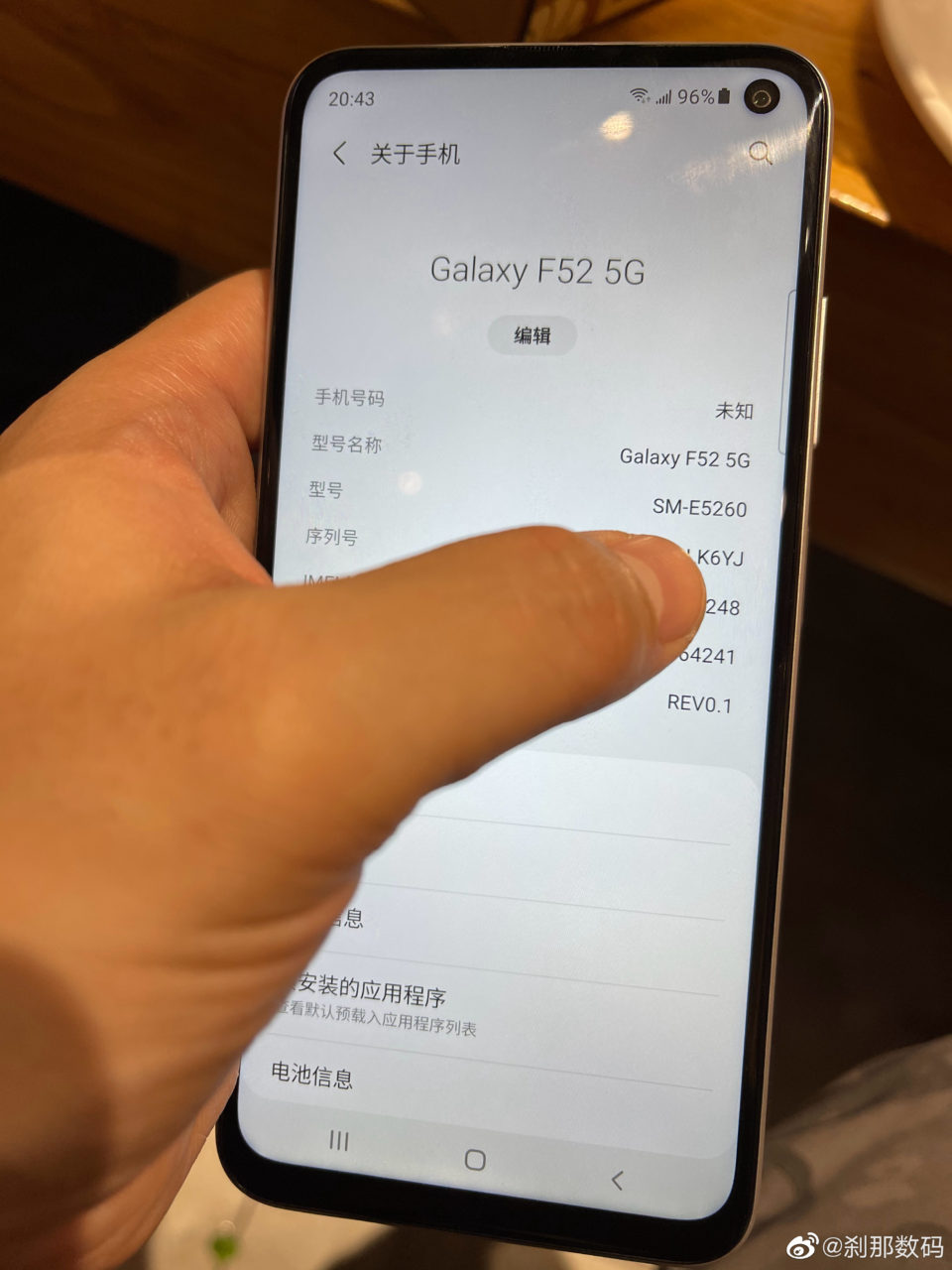 According to previous reports and regulatory listings, the Galaxy F52 5G will feature a 6.57-inch LCD screen with  Full HD+ resolution. It is expected to be powered by the Snapdragon 750G SoC coupled up with 8GB of RAM and 128GB internal storage.

It will feature a side-mounted fingerprint sensor and boot Android 11 OS out of the box. As for the camera, it will come with a 16MP front camera and a 64MP primary rear camera. The device has a battery backup of 4,350mAh that comes with 25W fast charging.