Razor sells a lot of gaming accessories like headphone, gaming keyboards and mouse. But they recently came up with their gaming desktop PC. This summer, they have an impressive desktop system known as Razer Tomahawk. Initially, the system looks like an external GPU box. The whole setup with GPU is packed in a sleek aluminium and tempered glass box, which is so small. The reason behind the small size is that there no traditional motherboard inside, but rather an intel NUC Element modular computer. 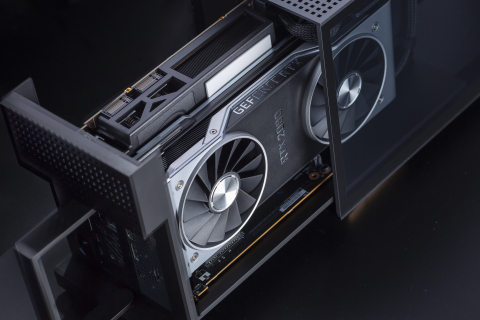 It has a swappable brain that contains up to 45W core i9-9980HK mobile CPU, cooling system, slots for memory and storage, a Wi-Fi 6 radio, lots of ports though the pricing for the case is not out yet. Intel will sell the NUC Element boards separately through online retailers like Amazon and BestBuy.

The company tells us the full turnkey system will ship this June for a starting price of around $2,300, starting with a Core i7, 16GB of RAM, 512GB of solid-state storage and an undisclosed RTX 20-series GPU, and topping out at the Core i9 with 64GB of RAM and a GeForce RTX 2080 Super. Intel says it’s planning to offer upgrades for at least a couple years, and other partners are on board as well. Cooler Master, for instance, will also provide its own NUC Element enclosure and turnkey systems later this year.

WhatsApp Fingerprint Lock | How to Enable