Poco, a Xiaomi sub-brand, has finally announced the official release date of its upcoming smartphone, the Poco F4. At the launch event, the Poco F4 will be accompanied by the Poco X4 GT, which is likely to be a rebranded Redmi Note 11T Pro for the worldwide market. 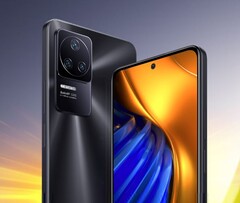 Poco has officially announced its next major launch event. Following weeks of teasing and leaks, the firm is now preparing to release the successor to the Poco F3, with the Poco F4 positioned as a return to the lineup's roots, as seen with the original Poco F1.

The Poco F4 will make its global premiere on June 23 in an online event starting at 8 p.m. GMT, as announced by Poco on its official pages. The Poco F4 will not be alone when it arrives; it will be accompanied by the Poco X4 GT. According to rumours, the Poco X4 GT will be a rebadged Redmi Note 11T Pro with a MediaTek Dimensity 8100 processor for outstanding performance.

Poco has also given information on the display of the Poco F4. The Poco F4 will have a 120 Hz E4 AMOLED display with a peak brightness of 1300 nits, HDR10+ support, 100% DCI-P3 colour gamut, Truecolor professional tuning, and Dolby Vision.

????About to introduce #AllTheStrengths you need????
Bringing you not one, but TWO new devices!

UPI Payments will now be accepted in France

UPI Payments will now be accepted in France