The Your Phone app will soon have a new feature that lets you keep your smartphone in your pocket. Microsoft has been working hard to improve its Your Phone app to enable a seamless connection between your Android phone and your Windows 10 PC in several ways. Microsoft has added quite a lot of features to the app over the past years. Now, it has started rolling out a new feature that lets you change your Android phone’s settings right from your PC. The Your Phone app has steadily gained features since its launch. Generally, the app allows you to keep your smartphone in your pocket or on your desk. With the added option to control smartphone settings from your PC, it should be even easier to keep your phone out of your hand and to get more done from your PC.

You can use the app to send text messages from your PC, look at images from your phone on your computer, and keep track of your phone's notifications from your PC. In an upcoming update for Your Phone on Windows 10, you'll be able to control some of your smartphone's settings from your PC. The feature dubbed “Device Indicators” will reportedly let you access and control your smartphone’s settings such as Wi-Fi, Bluetooth, Night mode, or Do Not Disturb mode right from the Your Phone app on your desktop. The app currently only shows the status of these settings of a connected smartphone. With this feature, however, users will be able to actually toggle the settings on or off from the app. 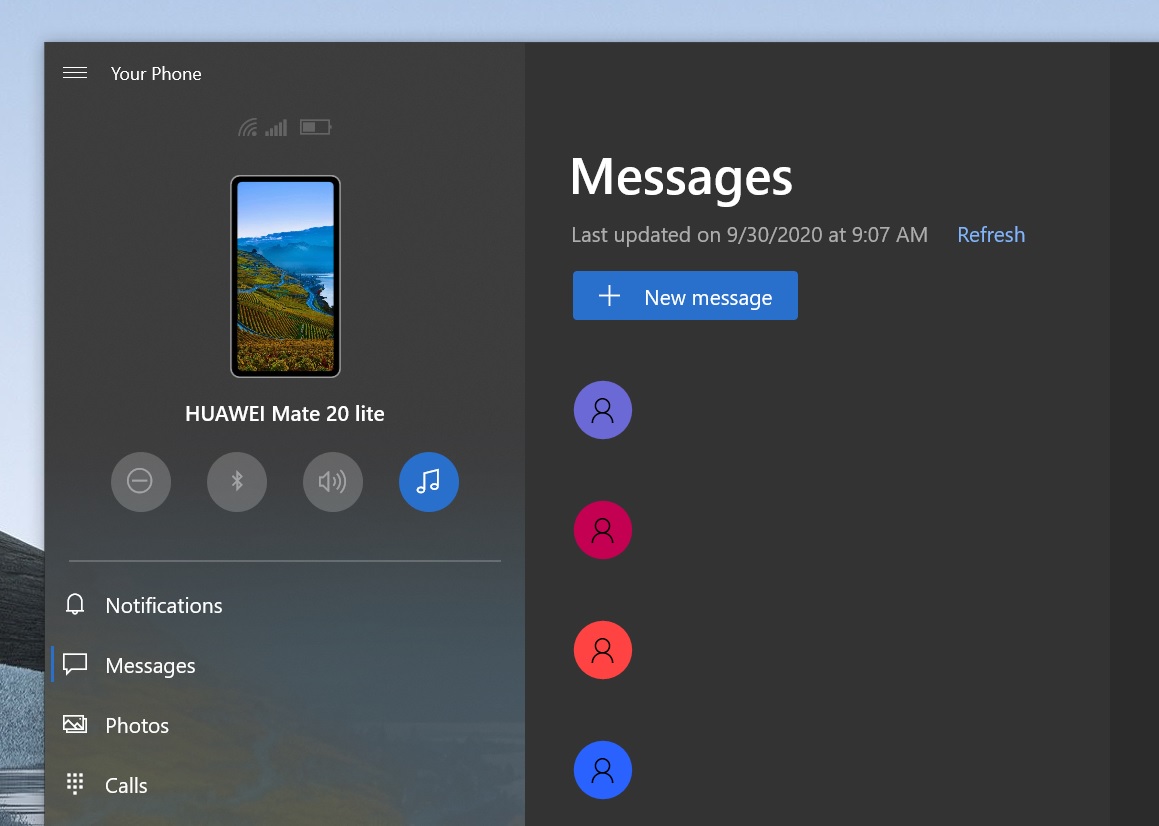 So, as soon as this rolls out publicly, users will see four new interactive buttons in the Your Phone app. These will be located under the image of the device and will let users turn on/ off Bluetooth, Do Not Disturb, and the audio player. When you change a setting in the Your Phone app, the same will be reflected on your device.

Below is a GIF (via ALumia) that shows the working of this feature:

The update with v1.21012.195.0 doesn't appear to be rolling out yet, so it might be some time before you see these new features.