Jio was reportedly down for some users in India

No volte sign since morning & so unable to make any calls. Is this how you are planning to provide 5g services when normal calls are having issues? @reliancejio @JioCare #Jiodown.

Well, it wasn't just voice calls but messages and other Jio services weren't also working during this outage. This leaves 2FA users on any platform unable to get their OTPs. If you're trying to log in somewhere, use an alternative client (like email) to get your OTP instead. #JioDown pic.twitter.com/fgRRakEgqc

“Situation when you have Jio fibre, Jio sim, and Jio mobile. And the network is down,” wrote a user. Reliance Jio users were unable to make calls or receive SMS in major cities on Tuesday morning due to a service outage that lasted for several hours. 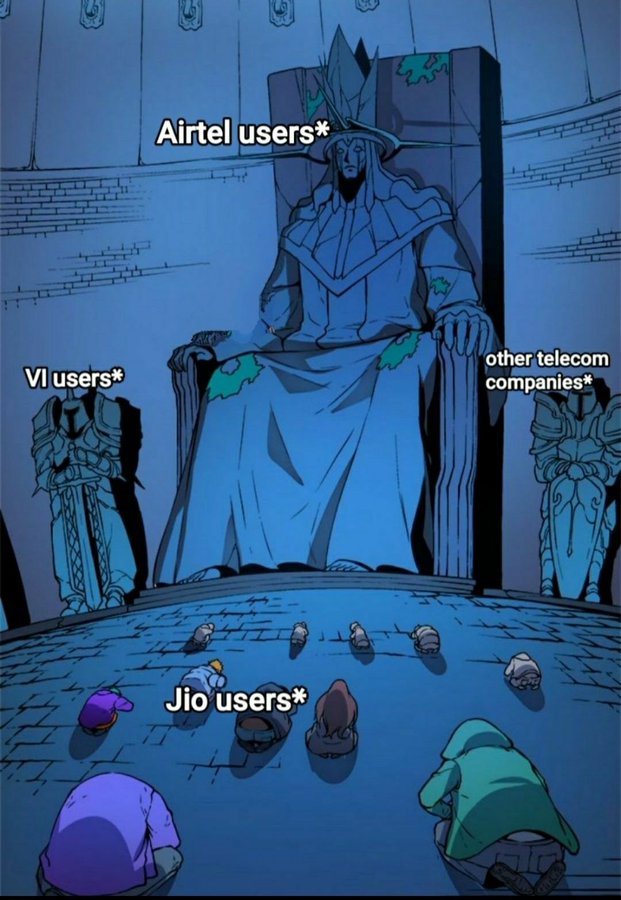 I watched FIFA on an illegal stream which had about 700k people watching in 4K UHD. Didn't even buffer once. This guy's server might be in his mom's basement and yet faster than a billion-dollar company #Jiodown #JioCinema

Another suggested that users of other telecom services were having a good time during the Jio outage. This meme will definitely resonate with the affected Jio users.

One user echoed the sentiment of those who relied on Jio for TV and mobile network.  Those using services other than Jio chose to poke some fun.  As Jio witnessed outage, users of its competitors seemed to remain unaffected.