Is PUBG Mobile, Spotify, Tinder, Pinterest crashes? Do you know why?

Globally users had reported that PUBG Mobile, Spotify, Viber, SoundCloud, Waze, Call of Duty: Mobile, and more apps were down. As per the website DownDetector, apps such as PUBG Mobile, Spotify, and Pinterest are currently down for users. Due to this, iOS users aren't able to access the apps and as the apps crash each time they are launched. Apparently, the outage is said to be not limited to just PUBG Mobile but it has also impacted other iOS apps, including Spotify, Tinder, and Pinterest among others. Earlier in May, a similar problem happened that rendered most apps on iOS useless for hours.

The crashing problem is affecting online apps but they work normally when the device is offline, which should be a respite to some users who, say, want to access offline music on Spotify. Although in the offline mode, some of the functionalities of the impacted apps are misbehaving. 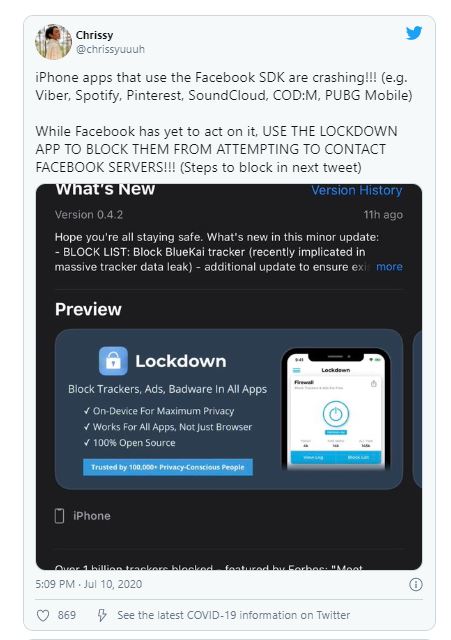 As per reports, apps that use Facebook SDK are facing the problem and crashing every time someone is trying to access it. While the exact reason for the sudden outage remains unknown, it is suggested that the reason behind this is Facebook's SDK as many apps use its SDK for users to login. Facebook posted on the developer platform that it was aware of the crashing issue and looking into the matter. “We are aware and investigating an increase in errors on the iOS SDK which is causing some apps to crash,” the social media giant said. The update that hit users earlier in the day has now been resolved, user reports suggest. Facebook is yet to reveal official details on issues being resolved.

Facebook, in a post on GitHub, has suggested that it is aware of the ongoing issue for some iOS apps and is looking into the matter to resolve the problem. Since the apps in question are the popular ones, people are heading to Twitter to report the issue. The hashtag '#Spotify' is also trending on the micro-blogging site due to this. PUBG Mobile also addressed the issue via a tweet.

Commenting on a similar issue occurred in May, app developer Guilherme Rambo told the Verge that “Facebook really pushes developers into installing their SDK, likely because they want the very rich data they can collect on those app’s users.” “The SDK is offered as a convenience for both developers and marketing teams since it can also be used to track the conversions of ads run through Facebook,” he further noted. This suggests that whenever there’s an issue with Facebook several apps are eventually affected. 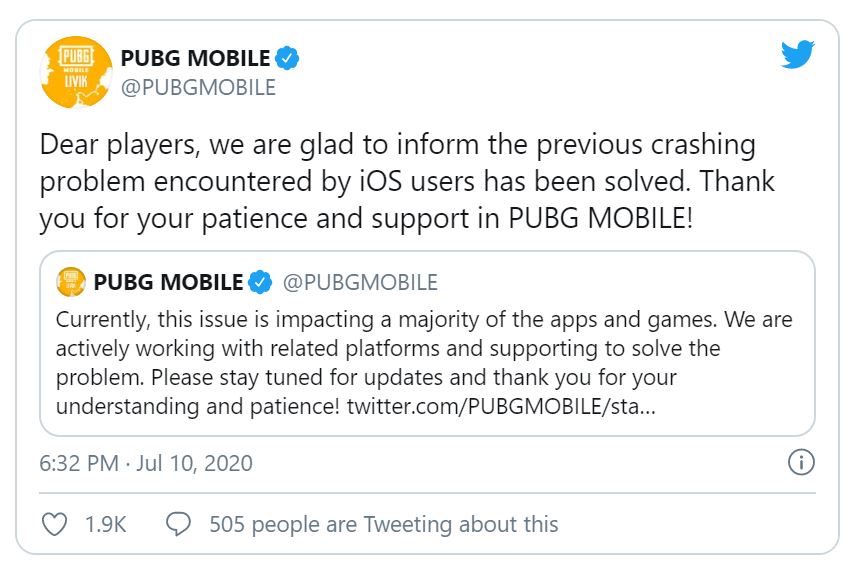 On Twitter, PUBG Mobile wrote: " Dear players, we are aware of the current problem encountered by iOS users. This issue is happening to multiple apps and games on the iOS platform and we are actively looking into solving it. Thank you for your patience!" The official Twitter account retweeted the original post to iterate the issue is still very much prevalent and is being worked on.PUBG tweeted suggesting that the issue has been resolved, although, some users are still facing the issue.

How to use Spotify amid issues?

Some Twitter users also claimed that if they are trying to launch certain apps such as Spotify after turning off their Wifi and mobile internet, it is opening without causing any problem. "To anyone with an iPhone who is trying to use #spotify and it isn’t working turn off wifi and your LTE and it will work. It's a problem with Spotify trying to connect to Facebook," one user wrote on Twitter.