Android R is the next Android from Google which will be soon announced, but we got a listing on GeekBench. In this listing, Google Pixel 4 is found to be running on Android R. This simply implies that Google has started to work on Android R, we will we see some features from the next Android system really soon.

In the Geekbench listing, we had Google Pixel 4 powered by Qualcomm Snapdragon 855 to be getting a Single-core score of 712 and Multi-Core score as 2181 running on the latest Android R. 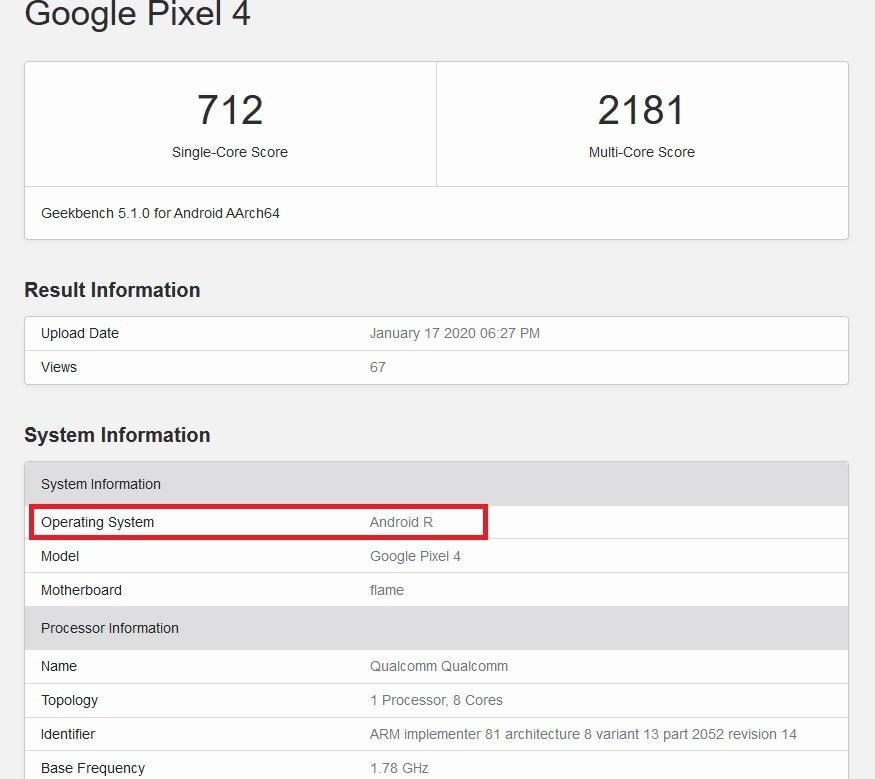 What makes the listing important is the mentioned Android Version. In the DataSheet the Android version mentioned is Android R.

As we know Google has dropped the naming trend it used to follow. From Android 10 or Android Q, Google decided to go with the version number for the naming purpose. It decided so because it feels that people tend to forget the name of the Android Version and making it just a number will help the users to grab the name easily.

POCO will be available as an Independent Brand soon!

POCO will be available as an Independent Brand soon!