Now, an attack ad campaign by Signal has shone some light on the opaque surveillance dragnet. As Signal says in its press release, “Facebook’s own tools can reveal things about you that no one else can. However, in the ads that appear to users; you can already see that strangers know even more about you than you do.

Facebook declined to comment on the publicly available data of the head of the company, but a comic message appeared on the Twitter account of Signal developers; regarding the information that Mark Zuckerberg uses their messenger.

Facebook runs a massively successful digital advertising operation on the back of its granular categories based on user behavior. Yet, many of the people who actively use its services aren't aware of how the social network shares its data with advertisers. The company also shared examples of what Facebook ads would look like if they were open about the targeting.

This is the normalization of unrestrained spying on users exposed. If you want to prevent your data — where you are, what things you like, what you eat, what you comment on in your conversations, your political leanings — are available to anyone who wants to pay for them. 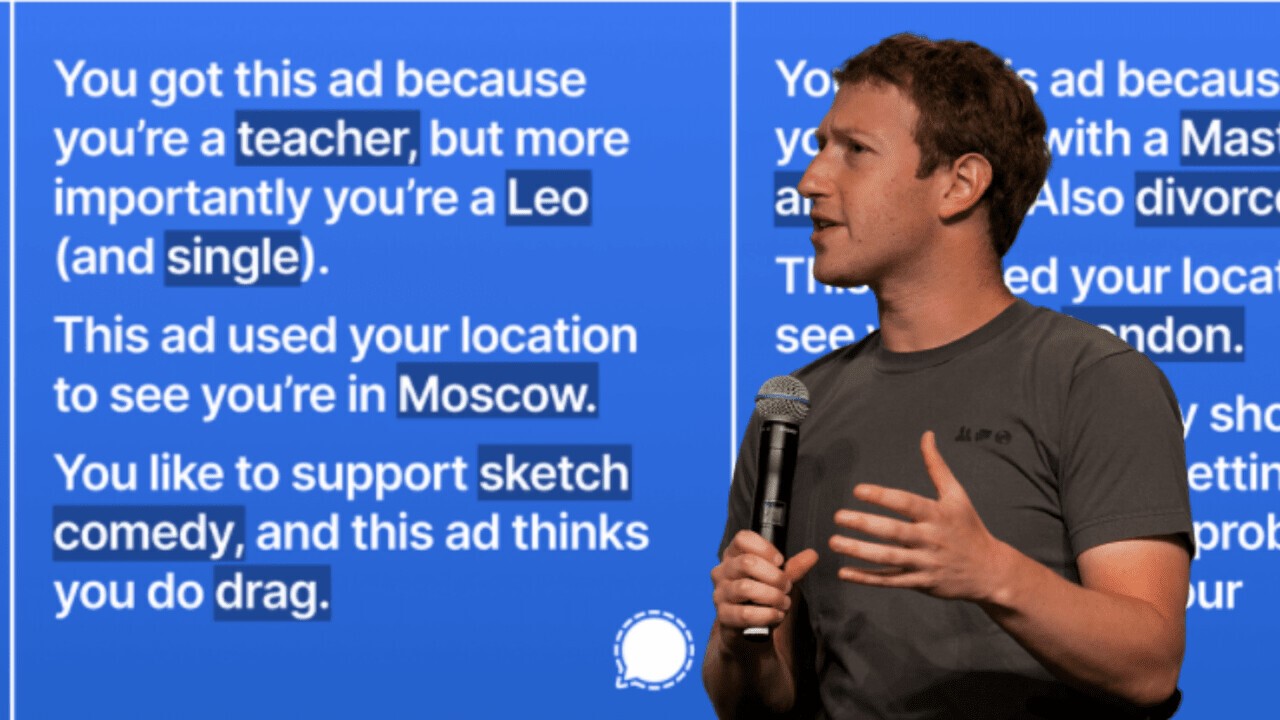 As a result of the sensational leak, the phone number, address, personal identifier, and some other data of Mark Zuckerberg were freely available. The data of the head of Facebook was discovered by Dave Walker, a researcher working in the field of information security.

Ultimately, each user saw the basic information about himself that the social network collects and sells access to it. Thus, people could see data about their work, geolocation, personal interests, and even relationships.

We wanted to use the same tools to show directly how this technology works and just bought an Instagram ad”. You came across this ad because you are a chemical engineer and love K-pop. This advertisement analyses your location and sees that you are in Berlin. Your child was recently born and you have moved. You’ve been doing a lot of exercise for pregnant women lately”.

The actual reason for this action!

The company attempted to place multi-variant targeted ads on Facebook and Instagram based on multiple variables such as location, age, sociodemographic variables, interests, and behavior, and to insert in those ads the values of those variables based on which the ads were being generated.

How to Get Rid of it?

The solution is to uninstall Facebook, Instagram, and WhatsApp, and recommend all your friends to do the same. If you still think that your privacy and personal data are the prices you have to pay to use certain products for free, you’re wrong. There are alternatives, and they are not simply alternatives to communicate via instant messaging with your friends: they are alternatives that respect the way we understand the internet and advertising.