The attack was strategically lined with Apple's Spring Loaded event on 20 April. After the hacker group demanded and failed to get money from Quanta, the REvil group aimed directly for Apple hoping to get the tech, a giant to pay up the $50 million ransom. The group threatened to publish new data every day leading up to May 1, unless Apple paid the $50 million ransom demand in exchange for deleting the files.

A cyber-espionage group based in Russia, dubbed as 'REvil' – responsible for several data thefts including the latest Acer data leak – stole product data from Quanta, a Taiwan-based company that manufactures MacBooks and other products of Apple.

After Facebook, it's Apple's tryst with cybercrime after it was targeted in a $50 million ransomware attack. Hackers have got their hands on a cache of engineering schematics for a number of Apple products by targeting the company's Taiwanese supplier.

The spokesperson further said that it won't be possible to comment on any further details as “there is an ongoing investigation and for the sake of security”. Quanta has been unsurprisingly quick to acknowledge the breach, primarily because the leaked images include schematics of the newly unveiled M1 iMac redesign, which are easily verifiable following Apple's recent event. 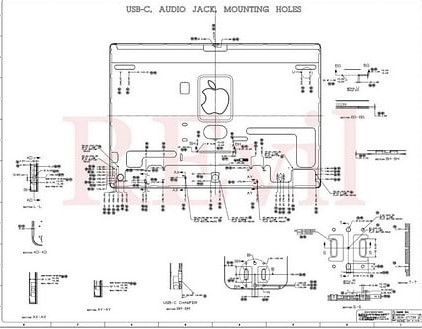 Hackers breached Taiwan-based OEM manufacturer Quanta Computer's servers and made off with invaluable Apple schematics. The company manufactures MacBooks and other products for Apple.

The hackers have claimed that the stolen documents from Quanta reveal that Apple plans to release new Apple laptops, a new Apple Watch, and a new Lenovo ThinkPad. The hackers also leaked schematics of last year's M1 MacBook Air refresh and a yet unreleased laptop featuring additional ports that corroborate existing rumors. Not even Quanta seems to question the leaks' credibility.