Apple iPhone Event Highlights | What Apple has to offer

Apple hosted an event on 14 September 2021, for introducing next-generation products. There is surely something great that Apple has done, especially with iPhone and iPad. Huge improvements can be seen as compared to previous generation iPhones and iPads.

Apple announces its new iPad and iPad mini that runs on Apple A13 Bionic chip that surely provides better performance. Moreover, enhanced support for Apple Pencil has been added to both products. During the event, Apple was focusing mainly on the Display and front camera capabilities of iPad and iPad mini. Both iPads come with Liquid Retina Display, which minimizes the bezel on the iPads and provides some good quality OLED displays.

The new iPad comes with a 12 MP ultrawide camera, a 12 MP selfie camera, and a 10.2-inch display. It still comes with support for first-gen Apple Pencil. It offers 64 GB of internal storage and runs on iPadOS. The camera capabilities of iPads are also improved with the support of 4K recording and editing, which makes it a good choice for creative people.

The main highlights for iPhone 13 series were the new storage options and the latest Apple A15 Bionic Chip. The iPhone 13 comes with IP68 water resistance and a flat OLED display. It will be available in pink, blue, red, black, and white color options. The iPhone 13 and iPhone 13 Mini feature a 6.1-inch and a 5.4-inch display respectively. They also offer 800 nits brightness and 1,200 nits HDR peak brightness. Both are powered by an A15 Bionic chipset and come with Dolby Vision, HDR10, and HLG support. 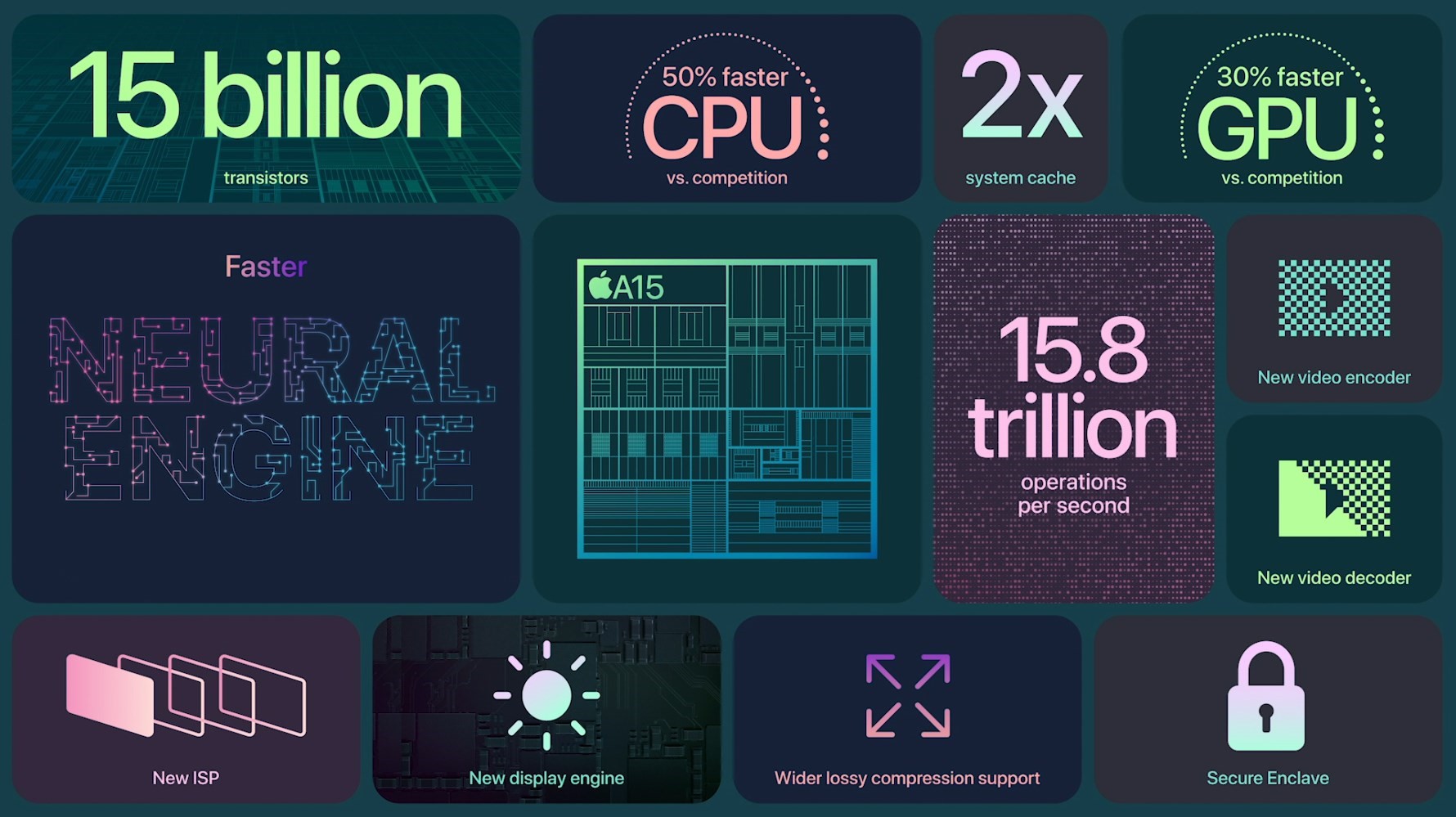 The camera capabilities of these have been improved with quick focus shift and Dolby Vision HDR recording. The peak brightness of the devices was claimed to be up to 1000 nits, this is surely a good brightness.

You should also take note that the base storage for iPhone 13 is set to 128GB, so you might not find it difficult for you to store your moments and document on your device. Also, a new storage option of 521GB has been introduced with new Pink color.

There are only a few and slight changes in Apple Watch Series 7 as compared to watch Series 5 and 6. The main highlight of the Apple Watch Series 7 is its curved display, which seamlessly blends in with the frame, providing space for more text to get displayed on the screen and requiring less scrolling. 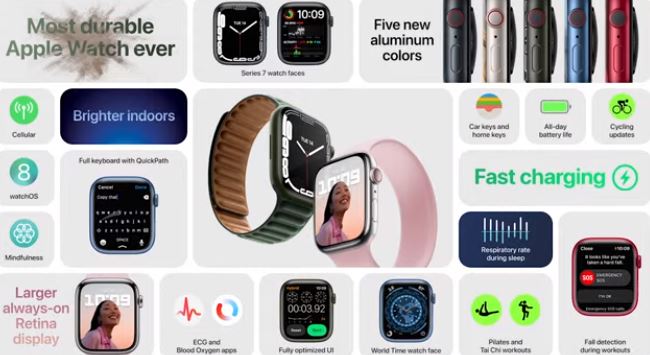 The Apple Watch Series 7 comes with IP6X dust resistance. As per the company, it offers an 18-hour battery life and charges 30 percent faster than its predecessor. It comes with a USB-C fast charging cable. Apple claims that 8 minutes of charge is enough for 8 hours of sleep tracking.

The iPhone 13 Pro comes in graphite, gold, silver, and "sierra blue" color variants. It is also powered by an A15 Bionic chipset that offers "50 percent faster graphics". The iPhone features a Super Retina XDR display that offers 1,000 nits outdoor. The display also comes with a variable refresh rate from 10 Hz to 120 Hz. 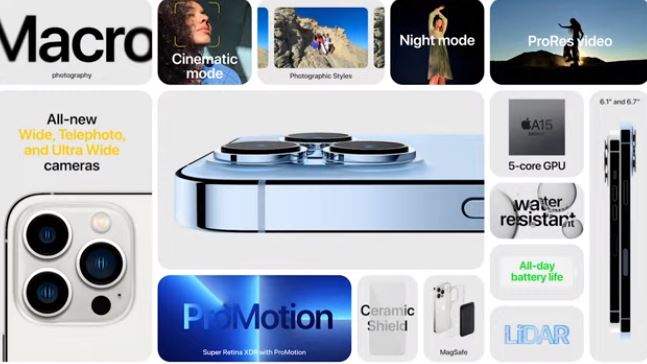