According to a market research analyst's report, Apple's expected augmented reality (AR) glasses have started the design development phase and will be prototype-ready by the end of this year. The Apple AR Glass-reportedly-named spectacles are expected to make their debut in 2024. The analyst has also made assumptions about which iPhone 15 Pro models would use periscope lenses. The inclusion of the periscope lens is anticipated to contribute to a better camera experience. 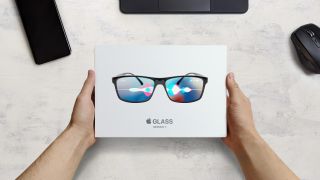 According to Jeff Pu of Haitong International Securities Tech Research, Apple's AR glasses prototype should be ready by the end of the year, according to 9to5Mac.

According to the analyst, Corning and Hoya were testing samples of the glass, and the glasses themselves are supposed to use waveguide technology.

It's crucial to note that the rumoured mixed reality headset, which is also scheduled to come as early as next year, will not be the same as the Apple AR Glass in question.

Apple's AR glasses may be revealed in the second half of 2024, according to a prediction made by Pu last week.

The analyst stated, "We continue to see a very strong possibility of the periscope's acceptance, with Lante being the key supplier.

It is believed that the periscope lens will only be available on the iPhone 15 Pro Max and not the standard iPhone 15 Pro.

According to earlier rumours, the iPhone 15 series would have a USB Type-C port rather than a Lightning connector. There might also be a Face ID-enabled under-display camera.