The technology can also be applied to other consumer products like TV, laptop, monitor, camera, or game console. We know this is possible because Xiaomi already has its transparent TV offering. For this transparent phone, an OLED display will be used. This means the same low power consumption but with faster response time and high brightness. The idea is that the transparent display can be flat or flexible. It can be rolled or folded as per the description of the patent.

It can be a flat display, but also a flexible screen that can bend, fold, and/or roll – according to the patent description. It is a technically defined patent that goes into great detail about the different layers and components required to achieve transparency. In January 2020, Samsung Electronics filed a utility patent with the USPTO (the United States Patent and Trademark Office) and WIPO (World Intellectual Property Office). The patent was published on August 27, 2020, and describes the technology needed to create a transparent smartphone. 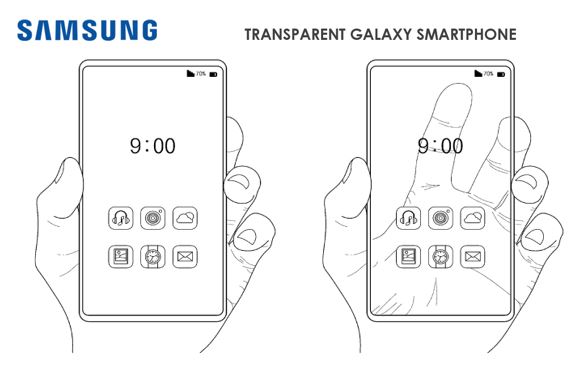 A set of renders has been shared by our source to give us a glimpse of a transparent smartphone. It’s only a concept but we like the idea. Rumor has is Samsung is considering a transparent display that may be used on a mobile device. 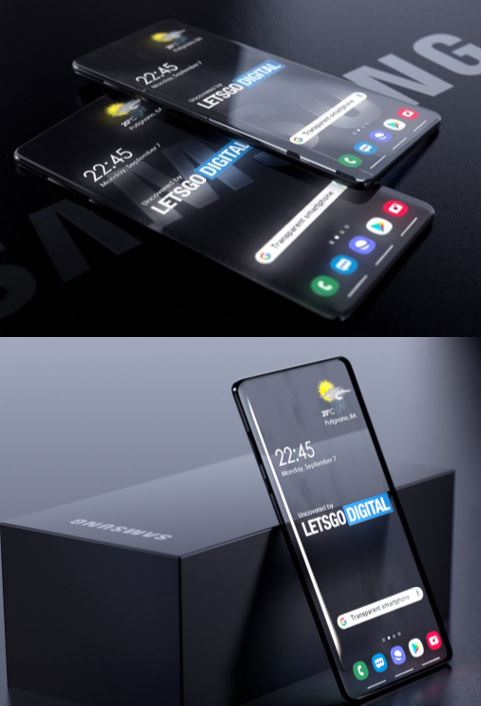 These patents rarely develop into mainstream devices, so don’t expect Samsung to launch a transparent Galaxy S or Note series shortly. But the search for the next big smartphone innovation is taking companies to extreme, if not impractical lengths.

Samsung's Exynos 1000 expected to be faster than the Snapdragon 875