Redmi Note 10 series : Top of their Segment or Just rebranded with some tradeoffs!!

All the smartphones in the series will now sport what Xiaomi calls its new 'Evol Design' and a 120Hz Amoled Display. All the smartphones sport at least a 5000mAh battery with the Pro series having 20mAh more than the base variant with 33W fast charging support. The Redmi Note 10 series will also bring new camera features such as Night Mode 2.0, Vlog Mode, Magic Clone Mode, Long Exposure Mode, Video Pro Mode, Dual Video, Night Mode Selfie. Xiaomi claims these features will make the series the best options in the mid-premium segment. 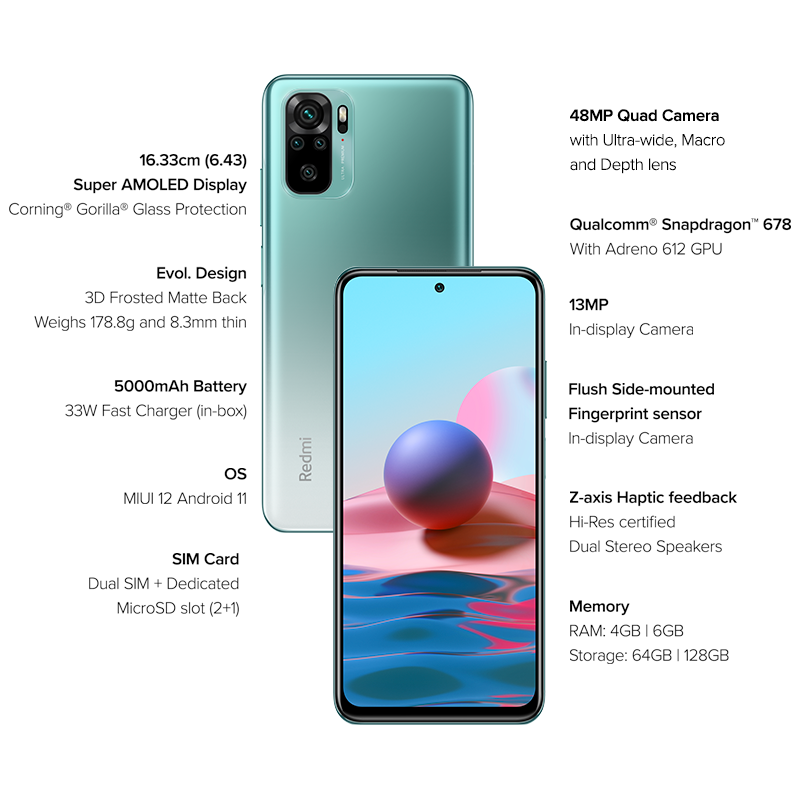 The vanilla Redmi Note 10 specs include  48+8+2+2MP quad cameras, a Snapdragon 678 SoC with Adreno 612 as GPU. This time the smartphone does include stereo speakers as per the leaks. If we conclude all this then the smartphone is pretty much a copy of the last year's Note 9 with some changes in the speaker and display and a revamp of the SoC. We can't say if there is an improvement in the camera department as of now. The starting price of the Redmi Note 10 smartphone is Rs 11,999 for the 4GB + 64GB variant, while the 6GB + 128GB model will cost Rs 13,999. The color options include Aqua Green, Shadow Black, and Frost White. The first sale date is set for March 16th. 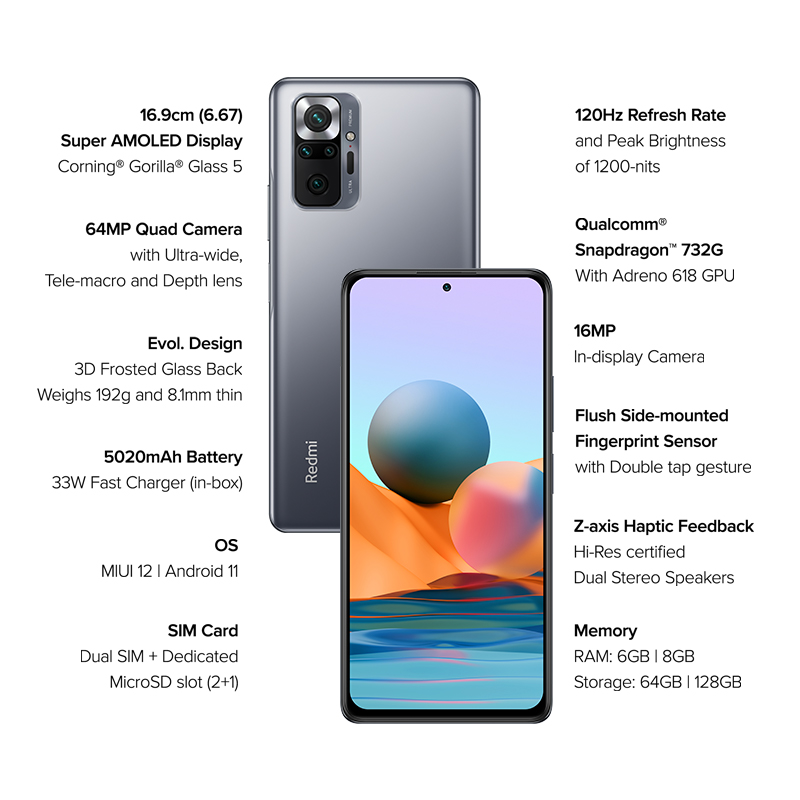 Putting all of this aside we can also argue that the Pro Max version is a lookalike of Xiaomi's Mi10i with the main difference being the Amoled screen and a better Macro lens. But we do have to make do with a slightly weaker SoC in the Pro Max version. Guess there is no free meal in the world. Now the users have to make a choice whether they want a high-end SoC or a better display as both the smartphones cost around the same and the user can buy either of them.