PUBG Mobile was banned last year in the wave of Chinese Apps banning list. Since then, players are waiting for it to make a way to get unbanned. So, that players can have their Chicken Dinner once again.

In November 2020, do have seen a glimpse of PUBG Mobile India, an edition of PUBG Mobile that comes with some specific things to the Indian audience and complies with Indian Government policies. But since then we have no clue when the game will be released and we can have the Chicken once again. 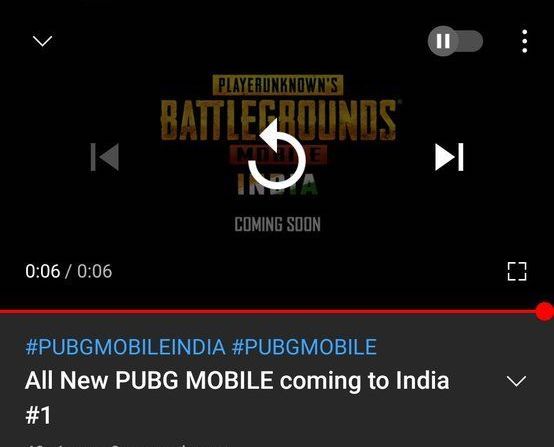 But, there is good news for all the PUBG players, a short teaser video of PUBG Mobile India showed up on the Indian YouTube branch but has since been taken down. Sadly, it didn't reveal a release date or an approximate time frame, so we are still in the dark.

The video did give some strong vibes of PUBG Mobile India to be releasing soon in the coming weeks. Various high profiles can be seen in the video but unfortunately, the video is now private.

We have to wait a little while as PUBG Mobile is now round the corner and again "Pat se Headshot" will be seen. :)