What is allegedly a massive leak of GTA 6 content, including dozens of test build videos and screenshots, has been posted by the 18-year-old hacker claiming to be behind the recent Uber breach. Whether they are legitimate is still open to debate, but a lot of it matches up with previous rumors, and the dialogue and cutscenes seem convincingly Rockstar-like.

In the leaked footage, we get to see scenes involving the new characters (a female blonde as well), conversations between the characters, cut scenes, robbery, guns, shooting mechanics, etc. Interestingly enough, the leaker also claims to be the infamous hacker behind the recent Uber breach. We couldn’t verify this just like we can’t confirm the legitimacy of this GTA 6 leak.

The last official news we heard about GTA 6 was that Rockstar wants the game to set a benchmark for "the series, our industry, and for all entertainment." The company will reportedly take a more politically correct stance in the sixth main installment and not "punch down" by making fun of marginalized groups. GTA 6 might not arrive until 2024 or even 2025, so there's a long wait before we find out what's in store.

The over 90 videos also provide an extended look at robberies, NPC interactions, vehicles, and more from its sprawling sandbox. The footage appears to be from builds at least a couple of years old, suggesting development has been underway in tandem with recent years of GTA V content updates.

Here are some of the possible features confirmed from various videos and posts, although, of course, with any pre-release game, any and all of this may be subject to change in the final product. 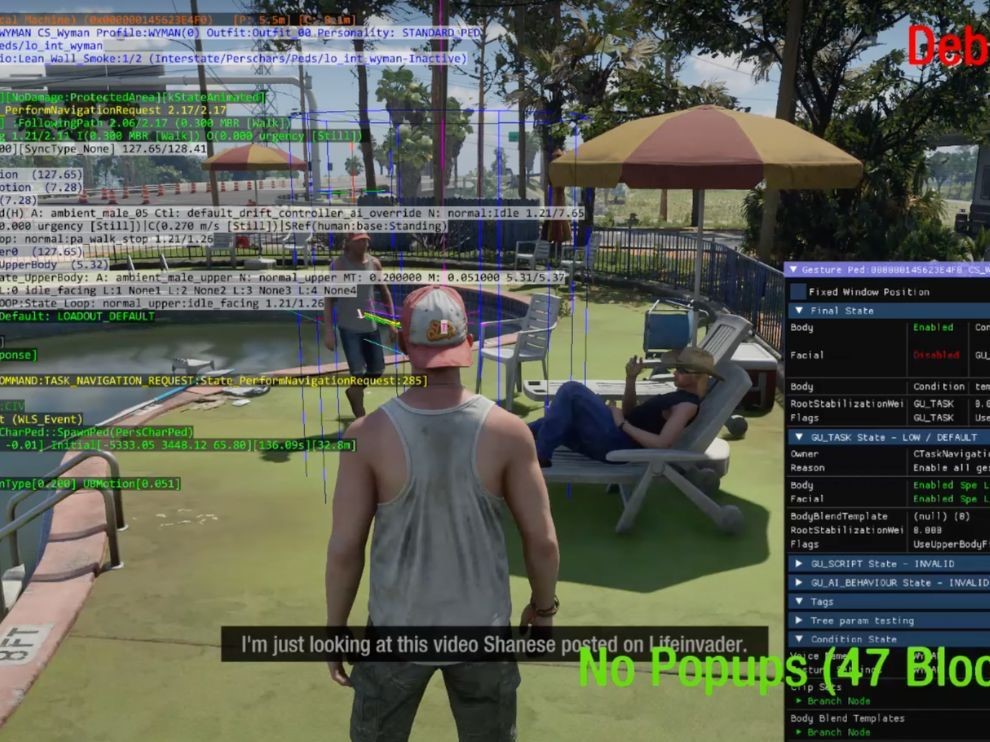 The plot has thickened around the major GTA 6 leak, which has seen dozens of videos spill out onto social media and video-sharing websites. The video above shows a player-controlled character called Luciaro robbing a diner alongside someone called Jason while a timer counts down to the cops' arrival. It looks a bit rough, with some placeholders, clipping, and missing textures, but it is a developer test build.

Previous rumors claim that GTA 6 will again feature multiple protagonists and be the first game in the series with a playable female character. Rockstar will reportedly launch Grand Theft Auto VI in 2024. However, you need not wait so long as some alleged GTA 6 gameplay footage has leaked online. This includes GTA 6 shooting mechanics, car interior, strip club, etc.

Rockstar Games is currently developing the much-awaited GTA 6 and it may be some time before we get to see its official announcement. However, thanks to some leaked footage of the supposed GTA 6 through GTAForums, we get to see many things about the game for the very first time.

Another interesting element in all this is that the leaker, 'teapotuberhacker,' claims to be the same hacker responsible for the massive Uber breach that occurred a few days ago. An 18-year-old with the username 'teapots2022' accessed the ride-sharing giant's systems simply by tricking an employee into handing over their password via a text message. The latest hack on Rockstar Games remains a rapidly developing situation and we’re still scoping out what the breach entailed. The user behind the leaked gameplay has also stated they have access to GTA 5 and GTA 6 source code, a claim seemingly contradicted by Rockstar Games' latest statement.

Rockstar Games has also stressed it is business as usual for the developer, with its existing titles and future projects facing no “long-term effect” following the leak. While we still don’t know when to expect the release of GTA 6, there’s no doubt this historic leak will have rippling effects throughout the company.