In China, iQoo just released two new smartphones: the iQoo Neo 6 and the iQoo Neo 6 SE. The iQoo Neo 6 is set to be released in the country by the smartphone manufacturer. The smartphone will also be sold on Amazon India's website, according to iQoo. Now, a new claim has surfaced online, outlining the device's potential release date and pricing. 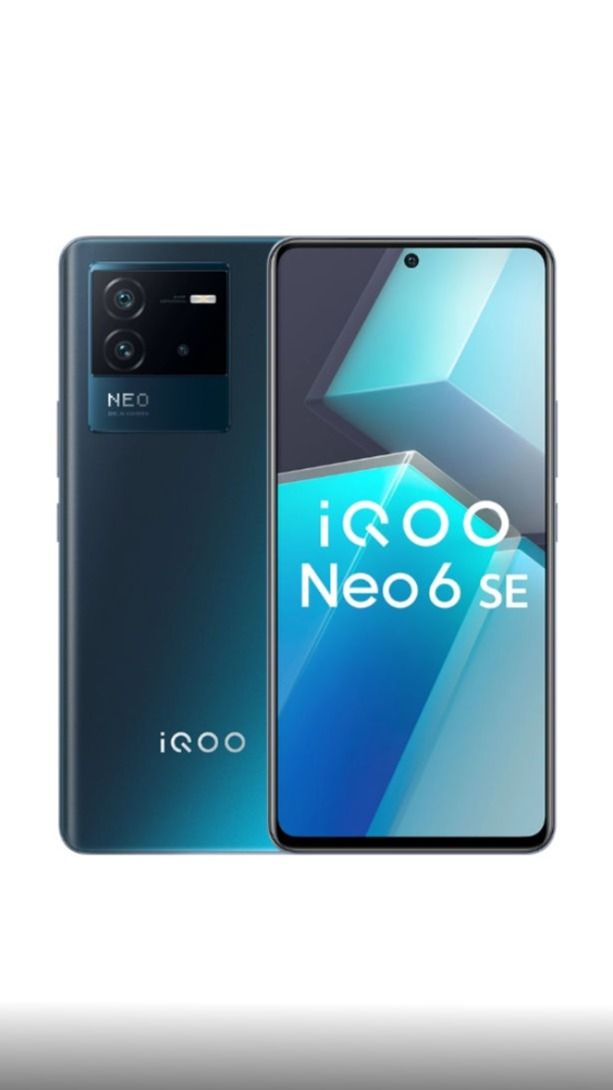 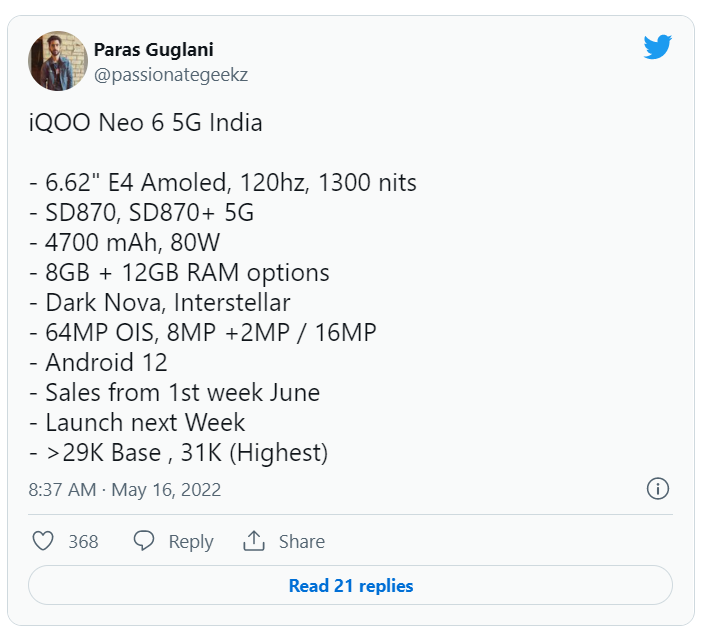 We believe the iQOO Neo 6 to be a rebranded version of the iQOO Neo 6 SE, therefore both smartphones will have comparable characteristics.
A 6.62-inch FHD+ AMOLED display with a refresh rate of 120Hz and an in-display fingerprint reader could be included in the iQOO Neo 6.

A 64MP primary sensor with OIS, a 12MP ultra-wide sensor, and a 2MP depth sensor could make up the triple rear camera array. For selfies, it could include a 16MP sensor on the front.