We already have known about Huaweiskipping its band 5 and jumping to number '6' since March. But ahead of the Malaysian launch the design and the primary specs got leaked on Weibo. We don't know whether it was intentional or not but it clearly added to the hype, the device already had.

The video was shared by a Chinese leakster named @看山的叔叔 on Weibo. And after watching the video we can be sure that the fitness tracker will be a copy of the Honor Band 6 and what's funny is that Huawei didn't even try to change the name.

The image shows that the device will sport a 1.47-inch AMOLED display with a lift-to-wake function. The screen is almost 1.5 times that of the Huawei Band 4. 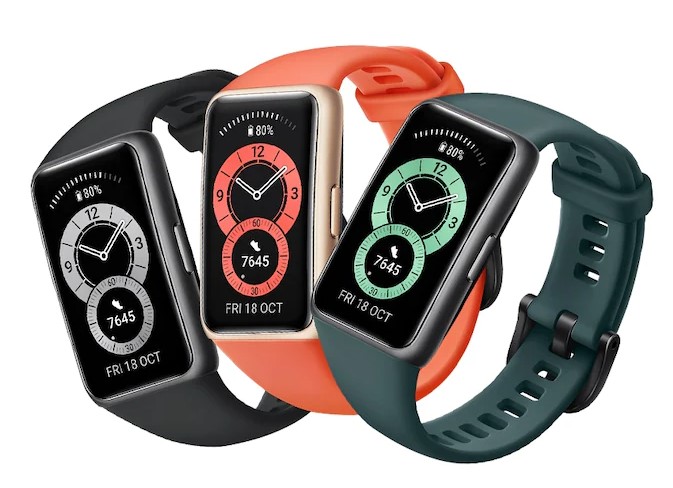 The device was launched on Friday in Malasia. The device offers up to two weeks of battery life. The device also includes premium features like heart rate, sleep, SpO2 (blood-oxygen), as well as stress monitoring and includes a whopping 96 workout modes such as running, swimming, elliptical, rowing, treadmill, among others. The device can also be used as a relay to notify incoming calls and messages. There's also a menstrual cycle tracker as well as the ability to control music playing through the phone but supports Android devices only. The fitness band measures 43x25.4x10.99mm and is water-resistant up to 5ATM. It has a magnetic charging thimble, supports Bluetooth v5.0, and has a side button for navigation support.

The new Huawei Band 6 can be bought for 219 Malaysian Ringgit in the Malaysian market which when converted is equivalent to Rs 3800. The band comes in three different colors ie Amber Sunrise, Forest Green, and Graphite Black. The band is now available for purchase at the Huawei store in Malaysia. The details regarding the launch in other markets have not been revealed as of now.

No Charging of Phones and Laptops at night in Indian Railways