We might have a Trash Bin For Files in Android 12

Trash bin for files in Android is something we all thrive for. I think this is the most difficult feature to be implemented by Google in the Native Android system. Though we have trash bins in custom skinned UIs such as ONE UI, OXYGEN OS, MIUI, etc. But, according to a new report from XDA’s Mishaal Rahman, it looks like Google has plans to include a Trash Bin within the Settings app, starting with Android 12.

We might get a Trash Bin Section in Android 12

As per the report, Android 12 may have a unified option to manage trash files from Settings -> Storage. From here users can clearly see the number of files deleted and do have an option to permanently delete them but unfortunately, the Restore Option is not present. To my opinion, having a Trash Bin but not an option for restore, this doesn't make sense though, but we be having a restore option in the future.

The report also suggests that it is not likely to be a full-fledged recycle bin or trash folder. Take a look at the screenshots of this hidden feature below: 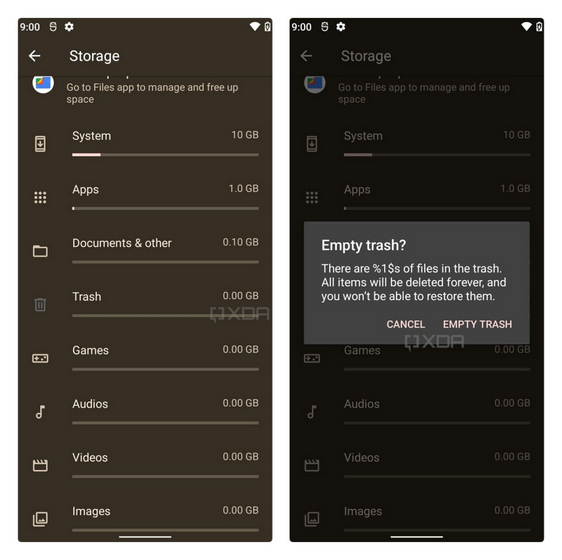 Do note that, this feature is not present in two Android 12 Dev Preview released so far, so it might be discontinued or they will include this in later builds or in Beta versions. We’ll have to wait for the next Android 12 developer preview and future beta builds before drawing a conclusion. And of course, we’ll know for sure at Google I/O 2021 scheduled for May 18 to 20.

New realme smart TVs may launch next month in India

New realme smart TVs may launch next month in India