ColorOS 12 update distribution has already begun in India for devices such as the Reno 6 Pro, F19 Pro+, and others. Oppo has officially released the ColorOS 12 timetable for India. The ColorOS 12 update timeline applies to both beta and stable users. The majority of the company's phones will be released in 2022 with the ColorOS 12 skin based on Android 12. The majority of Oppo's Reno, F, and A series devices will be updated. It began this month and will continue through May 2022. ColorOS 12 introduces a slew of enhancements to Oppo devices, including personal UI customizations, three-finger translation, flexDrop, a private system, and other enhanced security features.

Here's when your device will receive the Android 12-based ColorOS 12 upgrade in India. 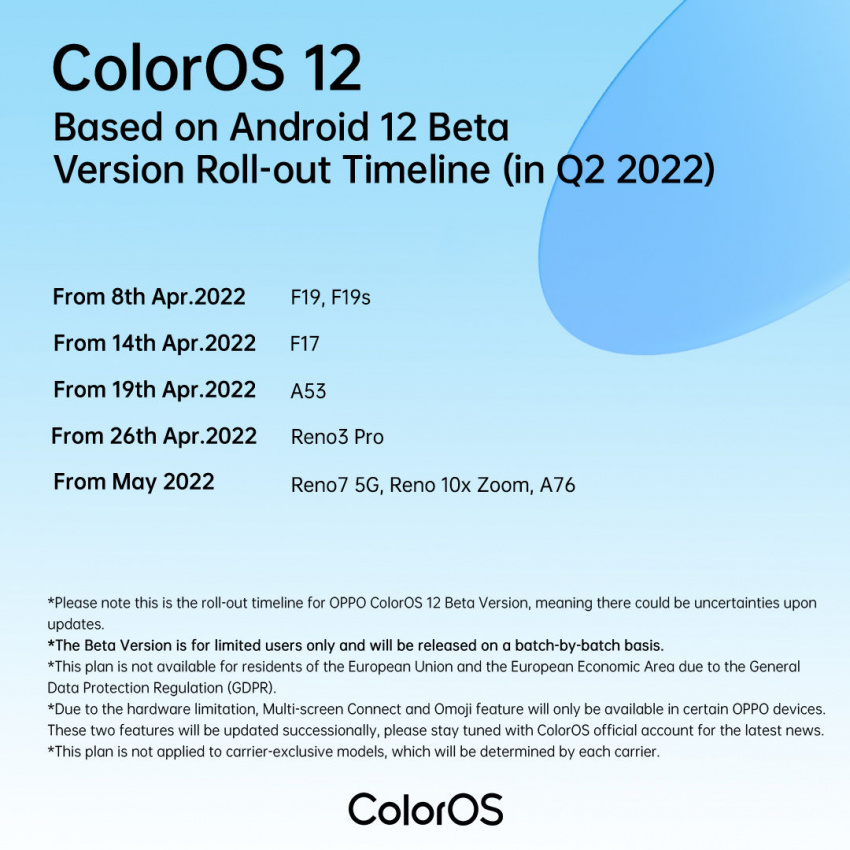 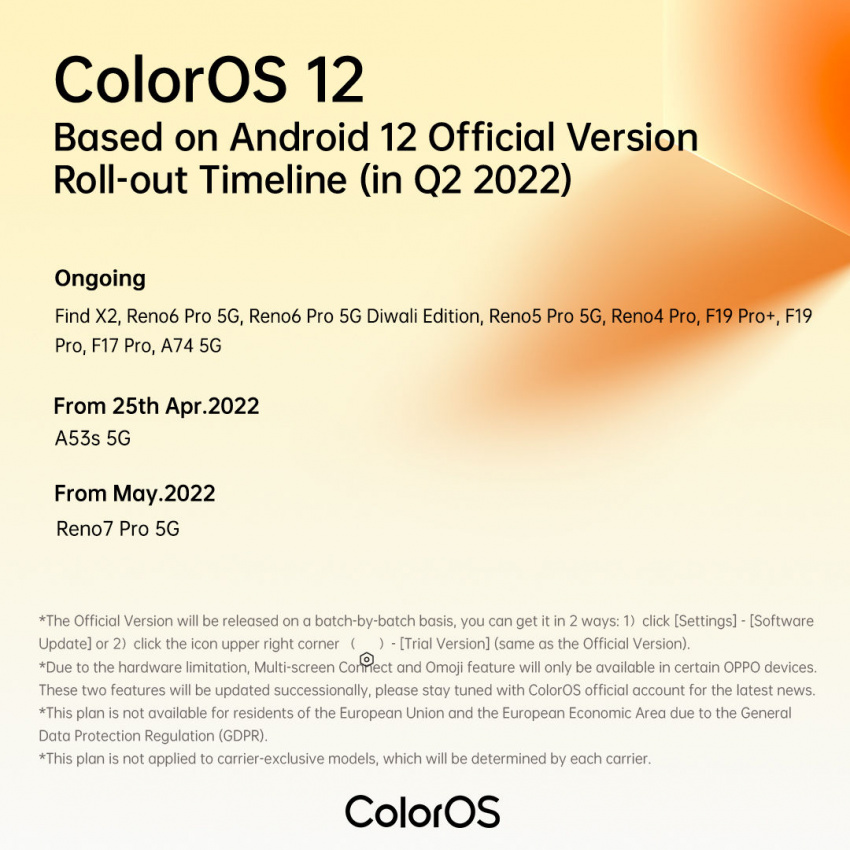 The ColorOS 12 was first announced in September 2021, and it has taken some time to arrive on prior devices in India. You can also read our in-depth ColorOS 12 review here, or the full set of features here. Oppo's newest UI includes a slew of new features, including a revamped UI, screen translation, cross-screen connectivity, privacy features, material you theme, enhanced battery management, and more.