Great performance, premium design, and incredible camera features are the expectations from the latest phones under Rs 25,000 in India & also now more capable than ever. As you might expect, you will get some premium features like FHD+ display, quick charging support, USB Type-C port, best VoLTE connectivity, and dual cameras with the latest mobiles under Rs 25,000.

In the world of smartphones, we’ve reached a point where it’s no longer necessary to spend absurd amounts of money to get some pretty cool features in phones. Not only that, but due to stiff competition and recent price cuts, you can actually get a phone with a flagship-level Qualcomm SoC from 2018 in this price range too.

Xiaomi is raising the profile of its mainstream Redmi Note series with specifications that are sure to grab attention. The Redmi Note 10 Pro Max has a 108-megapixel camera but is otherwise identical to the Redmi Note 10 Pro, and the price difference between the two might not be worth it. This phone has a fantastic 6.67-inch full-HD+ 120Hz HDR10 Super AMOLED display with an embedded front camera. It's bright, crisp, and vibrant. You get a Qualcomm Snapdragon 732G SoC and up to 8GB of RAM with 128GB of storage. There's a 5020mAh battery and you get a 33W charger in the box. The rear 108-megapixel camera takes good shots in the daytime but don't expect incredible detail in distant objects. The 5-megapixel telemacro camera is even more interesting and really does allow for some creative framing. Performance overall in everyday use is pretty good, and so is battery life. The phone heats up a bit when gaming. The body is slim and light, and this makes the Redmi Note 10 Pro Max easy to use and carry around. 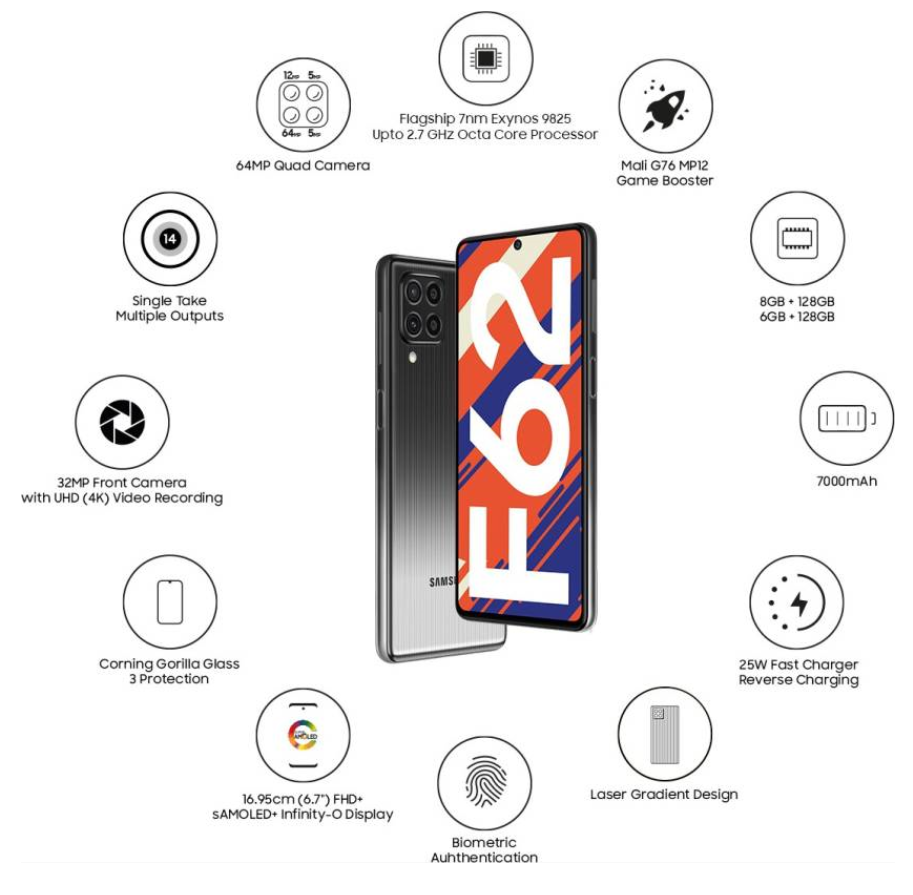 The Samsung Galaxy F62 is a new mid-range smartphone, and only the second model in the recently introduced F series. The back and frame are built from plastic but this phone still manages to feel sturdy. It's a thick phone at 9.5mm, and it's heavier than the Galaxy M51 at 218g.  The highlight of the Samsung Galaxy F62 is the Exynos 9825 SoC. One UI looks slick, switching between apps is snappy, and the phone doesn't heat up with regular use. Games run just fine too. Titles such as CSR Racing 2 and Call of Duty: Mobile look great and run well. The Mi 10i is relatively affordable but still offers a 108-megapixel primary camera, 5G, an IP53 rating, and Qualcomm Snapdragon 750G processor. It also has some neat touches including a notification LED, 3.5mm audio socket, and stereo speakers. It's available in three variants, with up to 8GB of RAM and 128GB of storage. Performance in everyday tasks is good, and even gaming posed no problem. The back of the phone doesn't get too warm when stressed. Camera performance was somewhat disappointing in the daytime and at night, especially the fact that the three secondary rear cameras are quite ordinary. 4K video came out looking discoloured and there's no stabilisation. Battery life on the other hand was impressive. 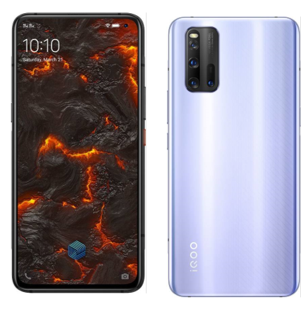 The iQoo 3 has a big 6.44-inch display and is a bit heavy at 214g. It also packs in a 4,440mAh battery and has support for 55W FlashCharge. It has touch-sensitive shoulder buttons which can be useful when gaming on the smartphone.