Apple has finally unveiled a revamped model of its TV box. The new Apple TV 4K model comes with some new upgrades to both hardware and software. The new Apple TV 4K is powered by an A12 Bionic chip that has powered Apple’s 2018 iPhone lineup. It features a six-core design with two high-performance and four power-efficient CPU cores along with a quad-core GPU that ensures “a significant boost in graphics performance, video decoding, and audio processing.”

The above specifications allow the Apple TV 4K to play HDR videos of up to 4K resolution at 60fps also supporting Dolby Vision video. Other hardware features include Wi-Fi 6 (802.11ax) support, built-in Thread support, and HDMI 2.1. 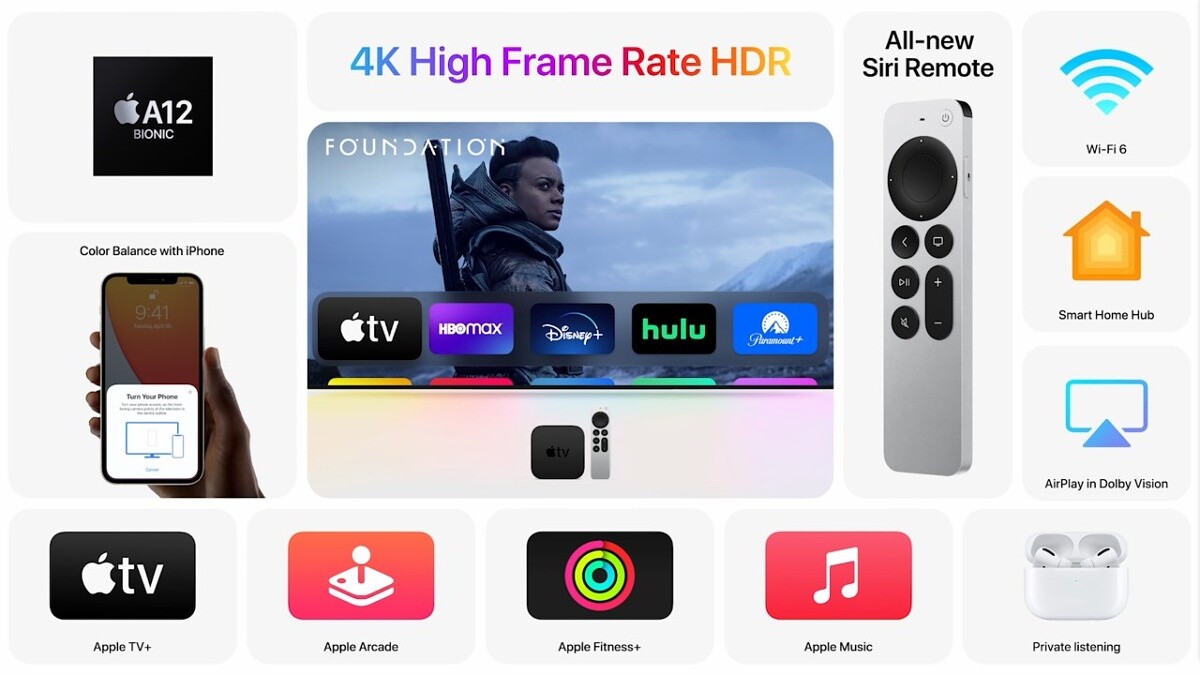 As revealed in previous leaks, Apple has a new Siri remote that features a directional pad also functioning as a touchpad. The outer ring supports a circular gesture that turns it into a jog control similar to those in old iPods. Additionally, the new remote also gets a dedicated mute and power button with the Siri button placed on the side. The remote’s microphone also gives you access to Siri for controlling smart home devices, searching up something, and more.

The Apple TV 4K will be available for pre-order on April 30th, with full retail availability starting in the second half of May. It will be available starting at Rs 18,900 ($179 in the US) from the Apple website, a nearby Apple Store, or the Apple Store app. The Siri remote can also be purchased separately for Rs 5,800 ($59 in the US) and will be compatible with the previous-generation Apple TV 4K and Apple TV HD.

Another NFC Based tracker surfaces the Internet, this Time From Oppo